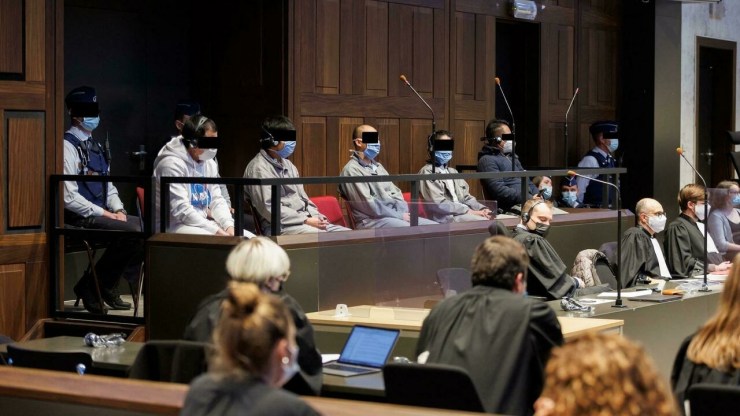 Two years after 39 Vietnamese migrants died aboard a truck that travelled to Britain, Belgium on Wednesday opened the trial of 23 people suspected of involvement in the human-smuggling ring.

The proceedings, in a courtroom in the city of Bruges, follow convictions handed down in Britain in January to seven men, several for manslaughter. They were given prison sentences ranging from three years to 27 years.

In Vietnam, in September last year, four men were sent to prison in connection with the case. Their sentences ranged from two-and-a-half years to seven-and-a-half years.

The Bruges trial, expected to last two days, focuses on the fact that the truck left for Britain on October 22, 2019 from Anderlecht, a neighbourhood on Brussels’ western outskirts, where the gang allegedly had two safe houses to group migrants.

The bodies of the migrants, 31 men and eight women, aged 15 to 44 and all from Vietnam, were discovered the next day in Britain, when the container they were in was opened in Grays, an industrial area in Essex, just east of London.

They had suffocated in extremely hot weather as the truck had crossed by sea. They had tried, without success, to pierce the metal container’s roof with a pole.

A Belgian prosecutor told the trial: “What stays with me the most is a bloody handprint on the door of the container.”

The macabre crime triggered police investigations on both sides of the Channel, and in Vietnam.

On May 26, 2020 Belgian authorities raided several addresses, most in the Brussels region, to round up Vietnamese suspected of links to the people-smuggling outfit.

A verdict in the trial of the 23 may take several weeks to be delivered. Prosecutors are seeking prison terms from 18 months to 15 years for the defendants.

The main defendant is a 45-year-old Vietnamese man charged with “running a criminal organisation” who faces up to 15 years in prison and confiscation of assets worth two million euros ($2.3 million) if convicted. He denies all involvement.

At least 17 of the others allegedly were members of the people-smuggling ring, with the remainder alleged accomplices used as safe-house guards and grocery shoppers.

Prosecutors said the “very well organised” gang was specialised in clandestinely transporting people into Europe then Britain for a total fee of 24,000 euros ($27,000) each.

They said it used an Irish trucking company that regularly imported Vietnamese biscuits to get the migrants across the Channel, and that Vietnamese gang members took charge of them once they got to Britain.

Many of the dead migrants in the truck came from a poor region in the centre of Vietnam. Families there can rack up debts of thousands of dollars to have one member of their family smuggled into Britain in the hope they can secure a better life.

The Belgian investigation is not yet closed, with two more suspects still being sought according to prosecutors.

Belgian authorities, who early last year conducted their investigation with counterparts in France — where 13 people were charged — established that the alleged ring daily transported dozens of migrants coming from Southeast Asia.

Prosecutors say the smugglers in Belgium had connections in France, the Netherlands and Germany, and that it was believed some of the defendants continued their illegal activities after the October 2019 tragedy.