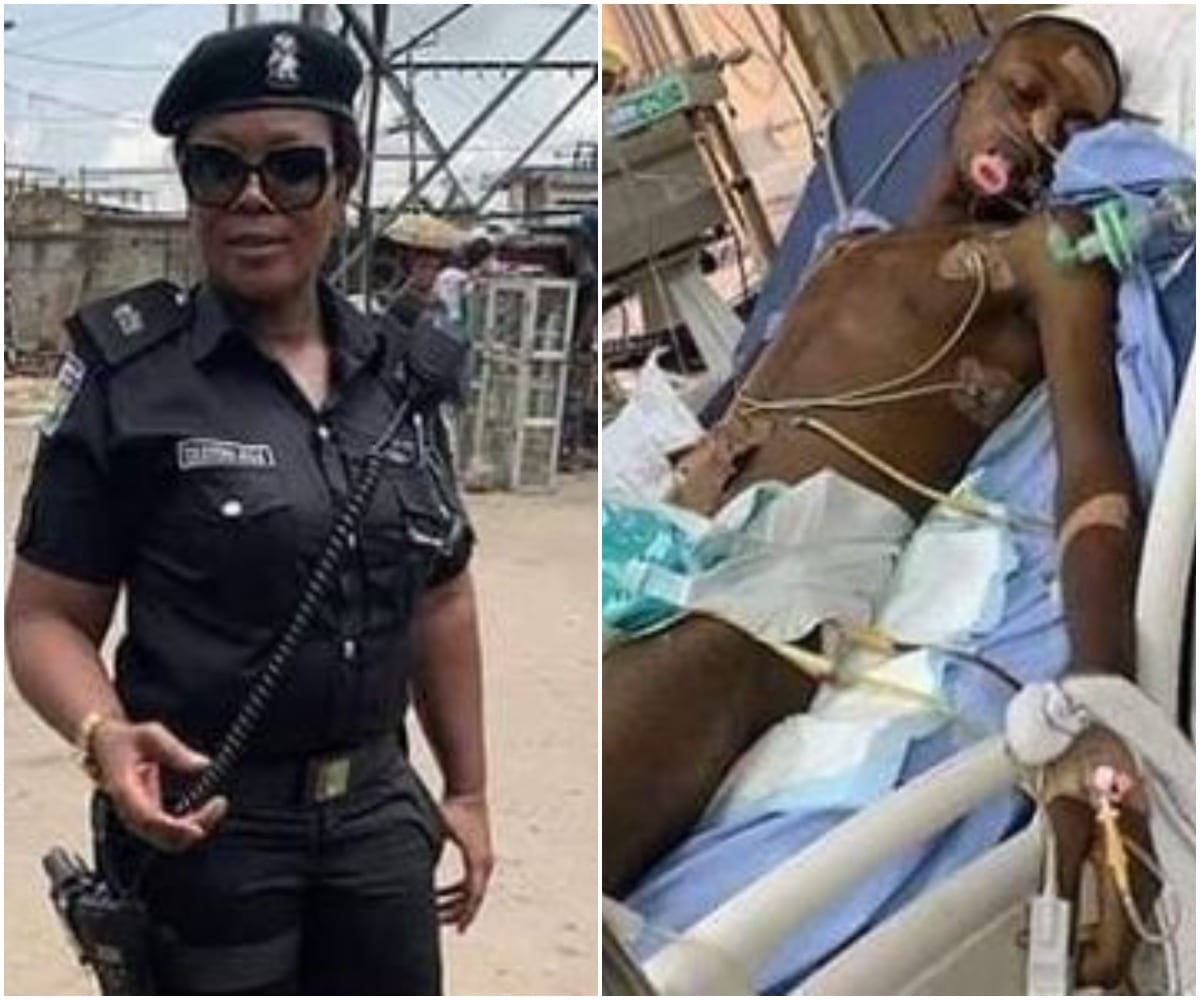 A policewoman identified as Officer Celestina is being celebrated over the role she played in saving the life of a young man who was shot by criminals and left for dead in Ogudu area of Lagos State.

According to Idowu Olatunbosun Patrick via the microblogging platform, Twitter narrated how Celestina went out of her way to ensure that Friday, a total stranger got medical care and attention he needed at the time to stay alive.

He added that Celestina paid in full the medical bills of the young man despite not having so much.

Sharing the photos, he wrote; ”In the 19th of September 2019, a young man named Ajabor Friday was shot by thieves and left for dead at Ogudu. As usual hospitals refused to take him in until officer Celestina intervened and had to threaten fire and brimstone before the young man was taken into a hospital.

“Of course they said the usual “we cannot treat him without payment”.

“Officer Celestina spent over N400,000 (four hundred thousand naira) that she did not have (she even had to borrow) to see young Friday through a major operation and he is now out of the ICU and stabilized.

When asked why she did it and she said when he looked up at her while bleeding, held her hand and said “mama don’t leave me, I do not want to die” she knew there was no way she would know peace if she did not try her best.

“We celebrate you officer Celestina Nwankwo. May God bless and replenish you!”