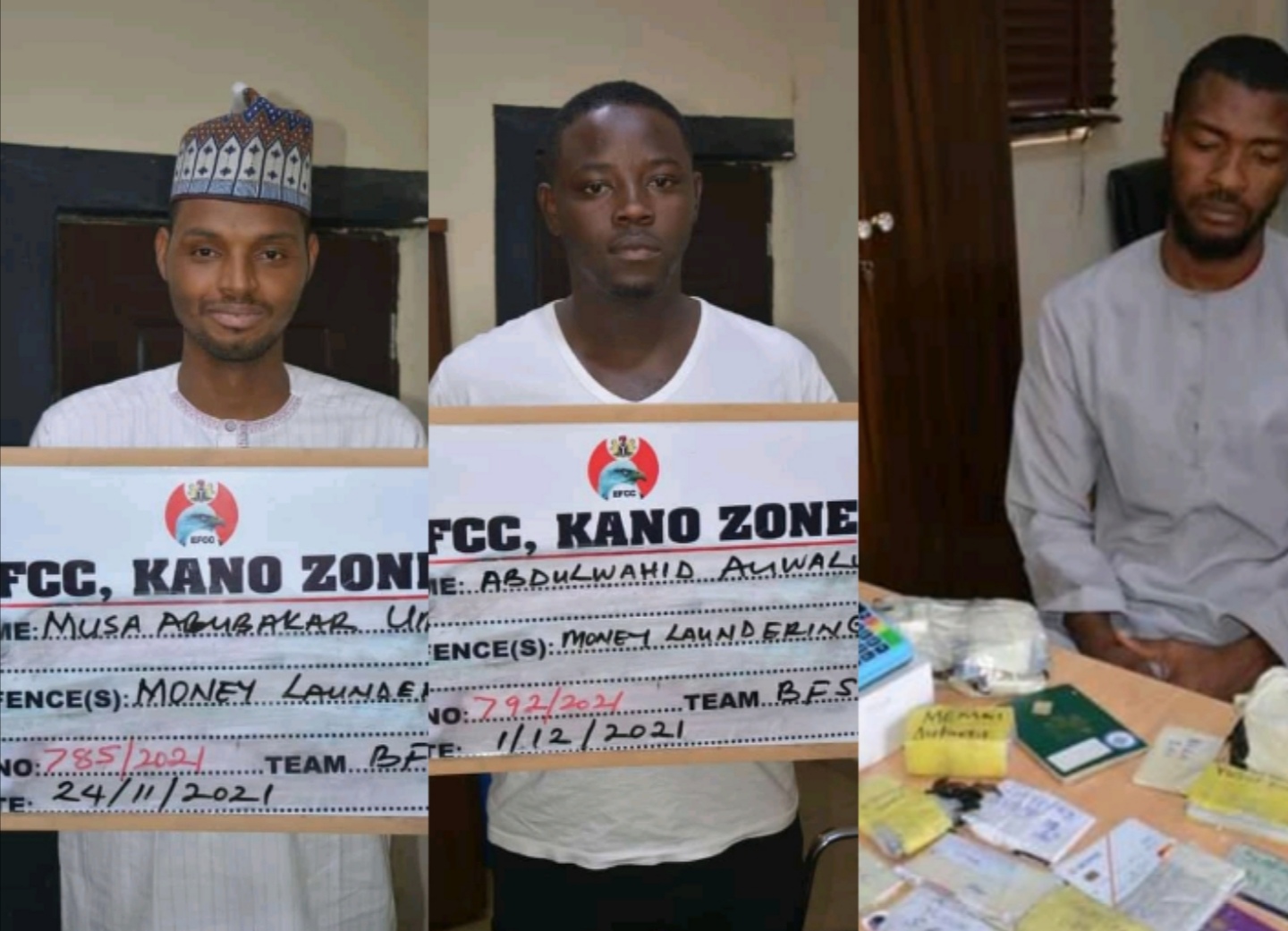 The Kano Zonal Command of the Economic and Financial Crimes Commission, EFCC, have arrested three suspects at the Malam Aminu Kano International Airport (MAKIA) while attempting to smuggle 1,144 Automated Teller Machine (ATM) cards out of the country.

The suspects: Abdullahi Usman, Musa Abubakar and Abdulwahid Auwalu, were arrested between November 24 and December 1, 2021.

Upon their arrest, it was discovered that Musa Abubakar who was on his way to Dubai, UAE, had concealed 714 ATM cards while Abdullahi Usman who was heading to Saudi Arabia, had 298 ATM cards in his possession.

Abdulwahid on the other hand, was arrested with 132 ATM cards while trying to board an Ethiopian Airlines flight to Istanbul, Turkey

The suspects will be charged to court as soon as the investigation is concluded.