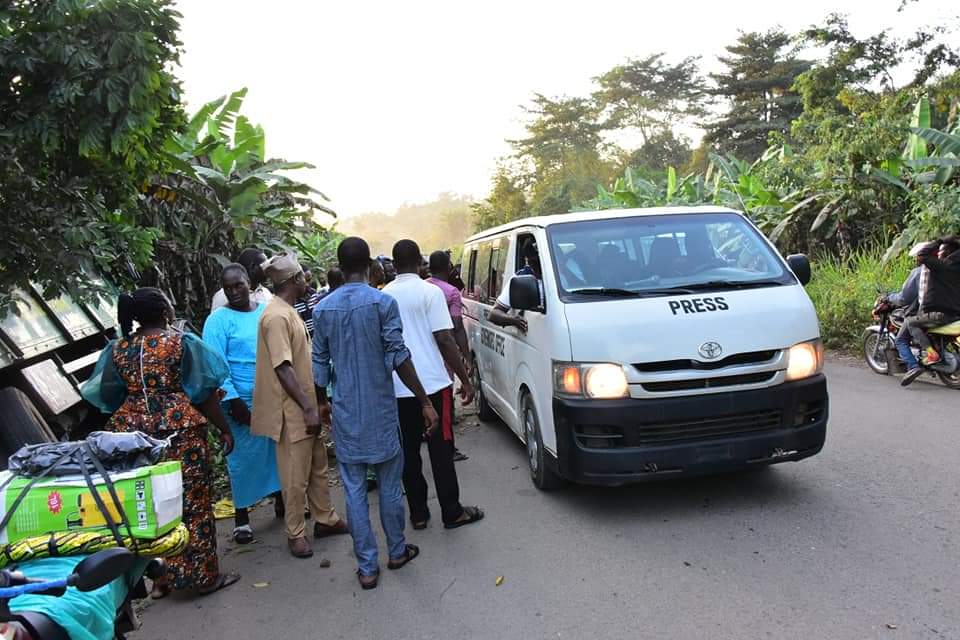 Five persons, comprising three women and two children have been rescued by members of governor Fayemi’s press crew at an accident scene that occurred along Igede Aramoko road on Friday evening.

The victims, who sustained varying degrees of injury, narrowly escape death, were rushed to the state university teaching hospital, in Ado where they were attended to.

The accident involved a truck and a Volkswagen golf car both heading towards Aramoko-Ekiti.

The victims, trapped in the vehicle, were left unattended to, as most of the commuters and sympathizers could not rescue them, but rather were using their mobile phones to record the scene.

Eyewitness account revealed that the accident was as a result of over speeding and carelessness on the part of both drivers.

It was also gathered that the truck lost control due to break failure and crushed the glof car while attempting to overtake it.

One of the occupants of the glof car, who spoke on condition of annominity, said they left Ilejemeje local government area of the state and was heading for Aramoko when the incident happened.