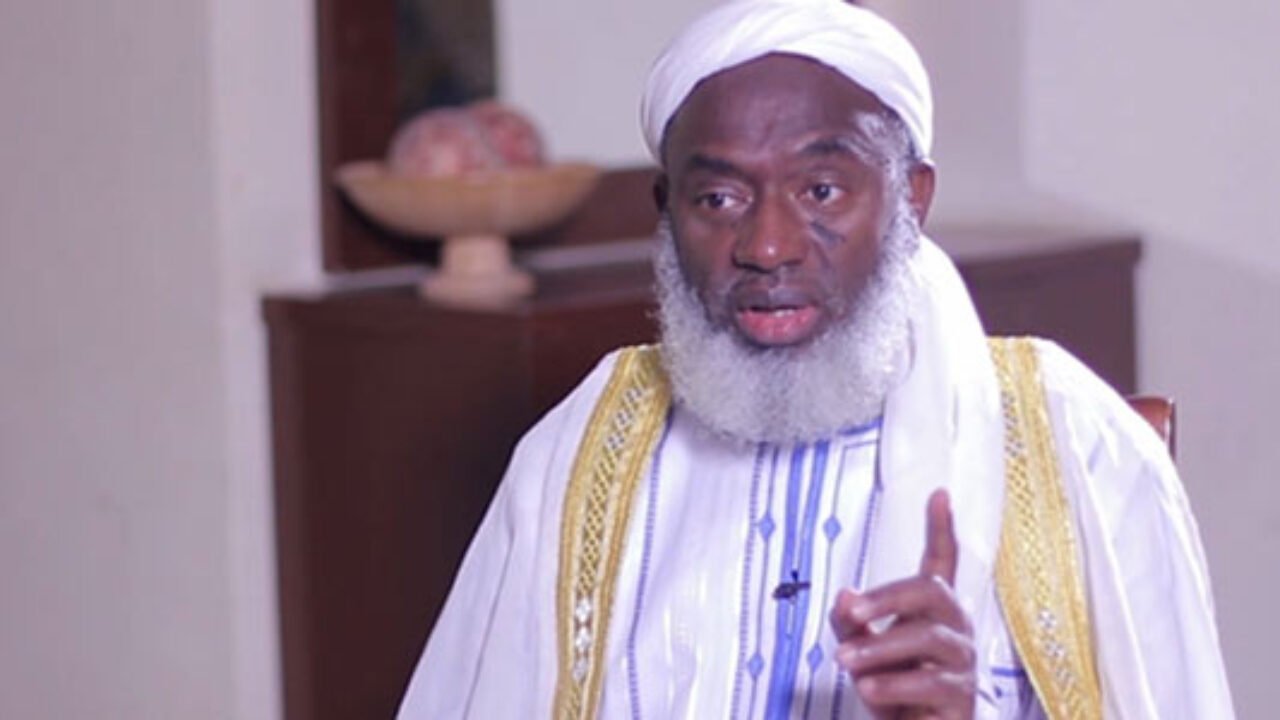 A federal high court in Abuja had, on Thursday, declared the activities of Yan Bindiga and Yan Ta’adda bandit groups as acts of terrorism.

Controversial Islamic cleric, Ahmad Gumi, says the designation of bandits as terrorists by the federal government “will not end their aggression against the society”, TheCable reports.

A federal high court in Abuja had, on Thursday, declared the activities of Yan Bindiga and Yan Ta’adda bandit groups as acts of terrorism.

The judgment followed the motion ex-parte filed by Mohammed Abubakar, director of public prosecution (DPP) at the federal ministry of justice, who said President Muhammadu Buhari approved his action.

The ruling by Taiwo Taiwo, the judge, specifically proscribed the activities of the “Yan Bindiga group” and the “Yan Ta’adda group” and other similar groups in any part of the country, especially in the north-west and the north-central as “acts of terrorism and illegality”.

Reacting to the proscription, Gumi said the federal government “has succumbed to media blackmail” with the declaration, adding that “it will not have any practical value”.

The cleric, who aired his views in a statement released on Friday by Tukur Mamu, his spokesperson, added that the proscription might embolden “profiling of herdsmen in general as terrorists” and people “taking laws into their hands against them”.

“I think the federal government has succumbed to media blackmail by a section of the country. It will not have any practical value because even before the declaration, they are being fought and treated as terrorists,” Gumi was quoted as saying.

“So, it’s just a nomenclature which I believe will not change the dynamics on ground. If you can remember IPOB was also declared a terrorist organisation, the declaration was even backed by the order of the Court but as you can see, even the international community did not recognise FG’s declaration concerning IPOB. So it has failed to be effective or to achieve the desired results.

“They have not been banned from travelling to other countries. Their citizenship remains intact, it has not been denounced. So, what type of declaration is that? I sincerely hope that Nigerians will not take the herdsmen as terrorists but should regard the criminality of the few among them against innocent people as acts of terrorism, just as we see IPOB and their attacks on security agencies and other northern citizens as acts of terrorism. Very few herdsmen are bandits, if you go through their population.

“The Fulani banditry is a socio-economic problem. We have seen it. We interacted widely with them. We told the federal government the way out. It can only be won through engagement, dialogue and justice. That is why today there is relative peace in the Niger Delta because the government have accepted the painful reality of rehabilitating and empowering them.

“There has to be equitable distribution of wealth in Nigeria and justice for everyone. Fulani have suffered so much. They have lost their legitimate means of livelihood, I mean their cows through cattle rustling and extortion by security agencies. That has to be addressed as a means of genuine reconciliation and integration. They should have a sense of belonging.”