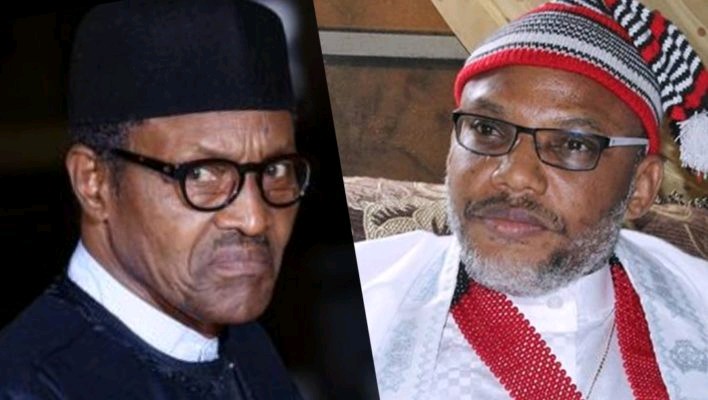 President Muhammadu Buhari has been urged to release the leader of the outlawed Indigenous People of Biafra (IPOB), Nnamdi Kanu.

The family of the IPOB leader made this known on Friday while reacting to the visit of an Igbo delegation to the President at State House, Abuja.

Kanu stated that the unconditional release of his elder brother will serve as a mark of respect for the Igbo nation and begin the process of national healing and reconciliation.

He, however, expressed hope that President Buhari would give urgent attention to the pleas of the Igbo elders.

Stating that Igbo leaders are the cause of ruse in the Southeastern region of the country, the group said the federal government wouldn’t dare to assassinate Kanu for the fear of consequences that will follow.

The Igbo group stated this while reacting to an alarm raised by Kanu’s disciples over their leader’s safety.

In a statement issued through its Secretary-General, Okechukwu Isiguzoro, Ohanaeze said President Muhammadu Buhari is aware of the consequences of hurting a British citizen in their custody, and would not dare attempt to hurt Kanu who is in their custody.

The group, however, expressed their delight to see President Buhari initiating a dialogue with neutral Igbo leaders led by Pa Mbazulike Amaechi without any South-East politician.