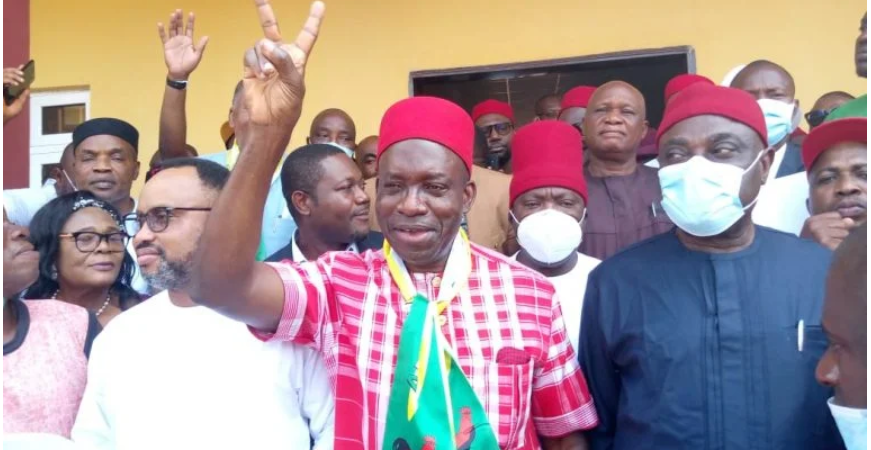 The Governor-elect of Anambra State, Professor Charles Soludo, has expressed his gratitude to the people of the state for voting him into power.

He made this known on Friday after receiving his certificate of return at the state headquarters of the Independent National Electoral Commission in Awka, the state capital.

Also presented with a certificate of return at the event on Friday was the Deputy Governor-elect, Dr Gilbert Onyekachukwu Ibezim.

Soludo also appreciated INEC for conducting a free and fair election in the state, asking the commission to work on the Bimodal Voter Accreditation System (BVAS) ahead of the 2023 general elections.

The former CBN governor pointed out that a credible electoral system is foundational to having an accountable, responsive, and developmental state.

He said, “Initially, there were tense moments but this election happened in a unique way and we dedicate this victory to God and the people of Anambra who believed and gave us their mandate.

“We will never take for granted the resilience, commitments, and actions of the various federal institutions that worked so hard to see us to this day.

“I won’t fail to mention the presidency, security agencies, and INEC for insisting on a level playing field as well as the judiciary for standing on the path of integrity.

“I believe that a sound and credible electoral system is foundational to having an accountable, responsive, and developmental state.

“So, I believe that INEC is getting better by the day. I also believe that the Bimodal Voter Accreditation System, deployed, if refined, will give us that desired Eldorado in our electoral system.”

Soludo emerged winner with 112,229 votes to defeat Valentine Ozigbo of the Peoples Democratic Party, who got 53,807 votes, and Andy Uba of the All Progressives Congress who got 43,285 votes. Senator Ifeanyi Ubah of the Young Progressive Party polled 21,261 votes came fourth.