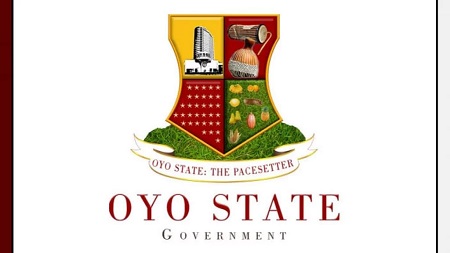 The state government has, however, described such recruitment as fake and not genuine.

The Oyo State government has warned of the activities of fraudsters who created fake recruitment websites to dupe innocent victims.

The state government made this disclosure on Thursday.

The government said some people have been going around to inform members of the public that the Oyo State Universal Education Board (OyoSUBEB) was recruiting new teachers.

The state government has, however, described such recruitment as fake and not genuine.

It advised job seekers to steer clear of fraudsters who have plans to dupe them in the name of fake recruitment.

Chairman, Oyo SUBEB, Dr. Nureni Adeniran who spoke on behalf of the state government on Thursday in Ibadan described the recruitment as fake.

Adeniran advised members of the public to be wary of fraudsters, explaining that the recruitment of new teachers into the Public Primary school sector of the State is awaiting the approval of the state Governor, Engineer Seyi Makinde.

Adeniran, while speaking further, remarked that fake recruitment is being perpetrated by scammers who offer employment to unsuspecting Nigerians in exchange for money.

He also alleged that some fraudsters have created fake websites to look more convincing.

“I urge Nigerians to be aware of the antics of these fraudsters and notify security agencies when necessary.

“OYO SUBEB wishes to once again draw the attention of the public to activities of fake employment merchants and racketeers. We had informed members of the public that the Board was not recruiting, but it is pertinent to reiterate it.

“We advise everyone to disregard rumours of recruitment purportedly emanating from the Board. It will not be a hidden exercise, we will duly inform the public when we are about to start the process”.