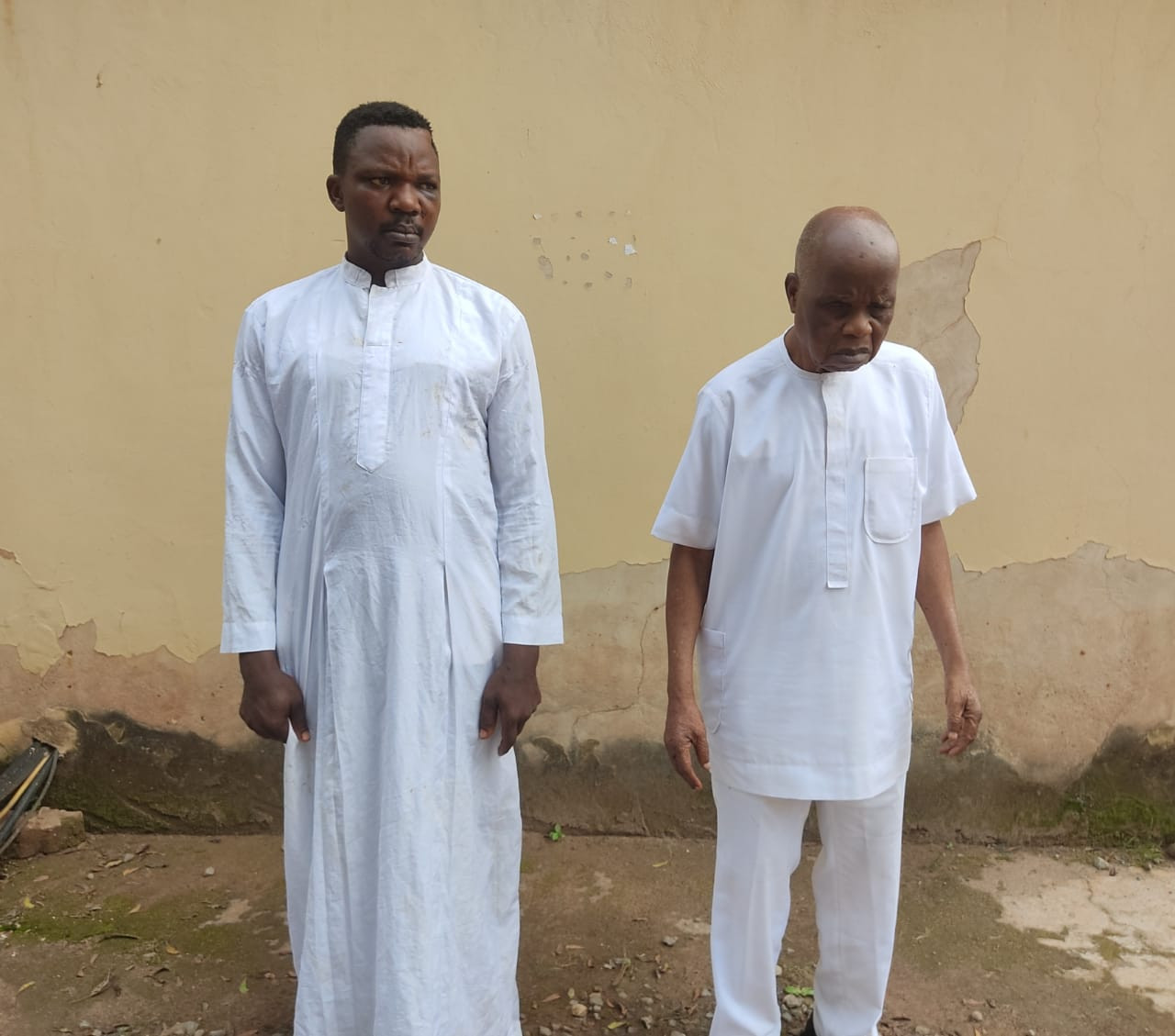 The father was arrested by the police over the murder of his 7-year-old son for ritual purposes.

Policemen in Enugu have arrested a father for killing his 7-year-old boy for money ritual.

Chidi Onyishi aged 36 (male), of Taylor Avenue, Coal Camp, Enugu, was arrested for allegedly being responsible for the disappearance and murder of his 7 years old son, Chimdalu Chidi, whom he had also reported to the Police on 22/10/2021 as missing.

Preliminary investigation by the police revealed that he confessed to the crime and led Police operatives to the arrest of one Pastor Okeke Eneokwor aged 95 (male), who is said to be blind and lives at Dental Avenue, Trans-Ekulu, Enugu; whom he fingered as an accomplice.

Onyishi also led Police Operatives and medical team to a stream in Abakpa-Nike, Enugu, where the decomposing corpse of the minor was exhumed from a shallow grave, after him and cohorts murdered and buried the child on 20/10/2021.

Confirming the incident, the spokesperson of the state police command, ASP Daniel Ndukwe, said the state Commissioner of Police, CP Abubakar Lawal, has ordered the State CID Enugu to conduct a thorough and conclusive investigation that will lead to the prosecution of everyone found culpable in the act.

Ndukwe also called on residents of the State to remain vigilant, law-abiding and promptly report criminals and their activities to the nearest Police Station or by calling the Command’s emergency hotlines on: 08032003702, 08075390883 or 08086671202.