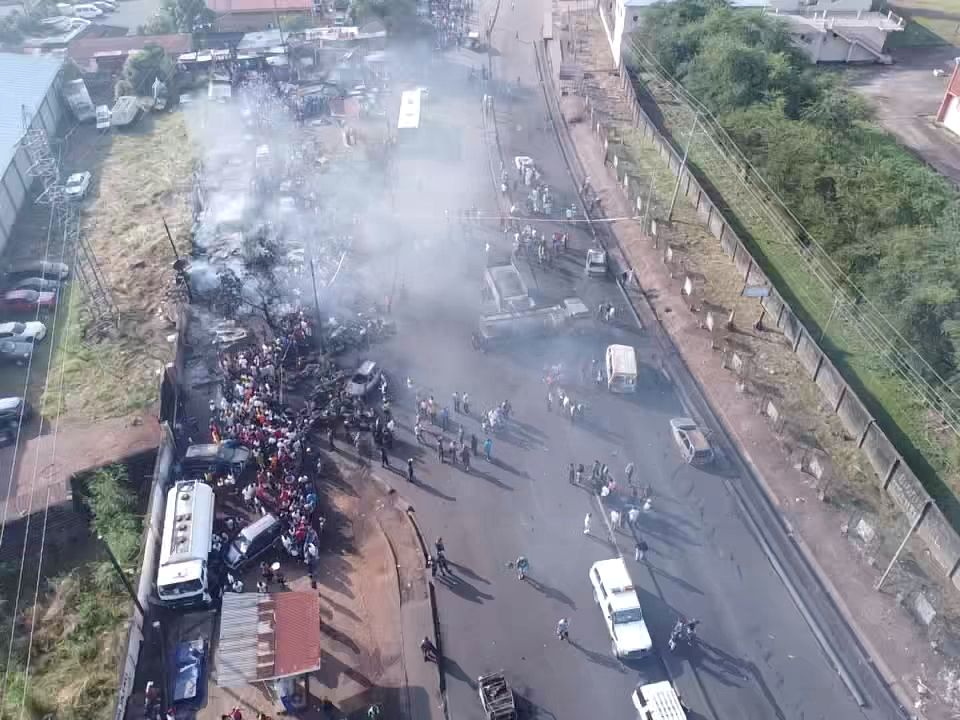 The death toll from a fuel tanker explosion in Sierra Leone has risen to 100, a health official confirmed on Saturday, saying scores are in critical condition.

Fuel spilled before igniting and the subsequent fire engulfed bystanders and vehicles at a busy junction in Freetown, a port city and the capital of the West African country, late Friday.

Speaking to Anadolu Agency, Swaray Lengor, a program manager at the International Federation of Red Cross and Red Crescent Societies (IFRC), said hospitals are overwhelmed, “and the death toll is likely to rise because so many people are badly burnt.”

Most of the victims are said to be locals who started collecting the leaking fuel. Nearby shops and market stalls were also caught up in the flames.

Sierra Leone President Julius Maada Bio, who is attending the COP26 UN Climate Change conference in Glasgow, Scotland, said he is “deeply disturbed by the tragic fires and the horrendous loss of life” around the densely populated Wellington suburb in the east of the city.

“My profound sympathies with families who have lost loved ones and those who have been maimed as a result. My government will do everything to support affected families,” he said in a statement.

Sierra Leone has been hit by frequent disasters in recent years, including floods, epidemics, and fire incidents.