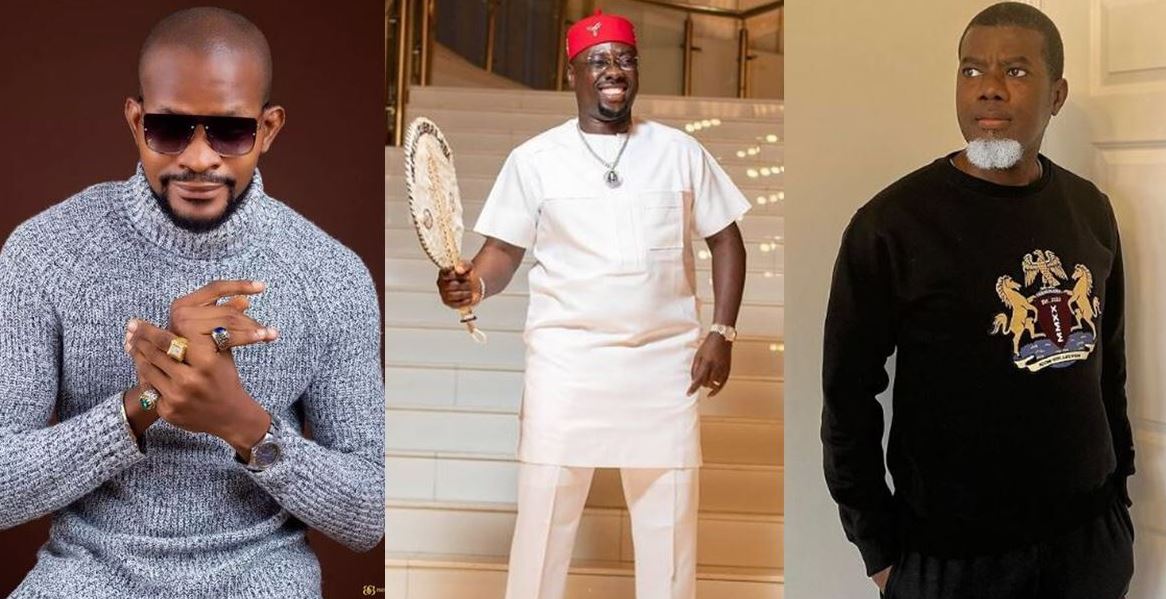 The controversial actor dragged the former aide after he called for the arrest of Tinubu and release of the billionaire.

Uche Maduagwu in a post he recently made tagged Reno Omokri as a disgrace to the church for calling for the release of the popular entrepreneur while affirming that EFCC would never arrest a just man.

Recall that ever since Obi Cubana got arrested, the actor has shown support over his detention and now, he has tackled Reno Omokri who made a case for Obi Cubana.

“This is just unbelievable to say the least, now I see why Natasha exposed you, EFCC no go carry person without concrete reason, so it came as a shock when Reno dey tell dem to release obi and carry Tinubu, seriously? And he calls himself a kunu pastor, yet can not respect rule of law, is your righteous former boss, Jonathan a saint? Has EFCC carried him #abuja #share”