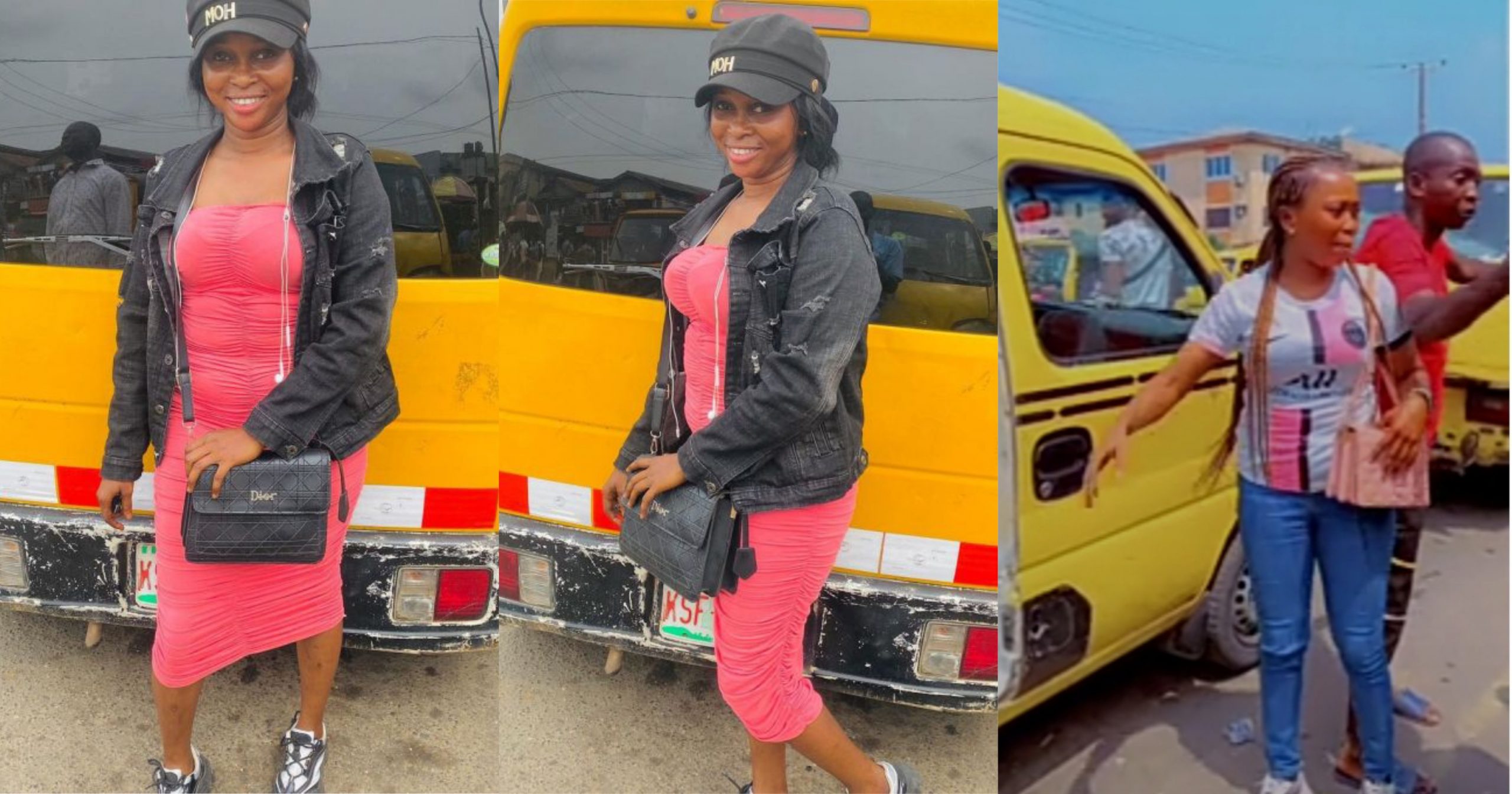 A young Nigerian lady identified as Adunni Balogun, has shared her experience working as a Danfo driver in Lagos state, Nigeria.

According to the 24 year-old-lady, she drives a bus for survival, though many people do not believe she is actually a driver.

In an interview with BBC News Pidgin, she said that she makes an average of N5,000 daily, totaling N30k weekly, excluding Sundays.

Speaking on how people react to seeing her work as a Danfo driver, she said that they always tell her that they suspect she is using that as a front for prostitution.

She stated that their opinion may have been informed because of the way she dresses. Adunni said she wears the clothes many ladies wear to their boyfriends’ houses.

The 24-year-old revealed that she started her transport business with a tricycle. She was formerly a hawker in Ikeja before she ventured into the business, even though her mother frowned against it.

Adunni also revealed that men are always telling her to leave her work and she actually left it at some point for a man she was dating.

She further revealed that some passengers sometimes tell her to go and call her husband to drive the bus when the vehicle is filled without knowing she is the driver.

Adunni said she has been able to sponsor her education with the money she makes.

Watch the interview below: