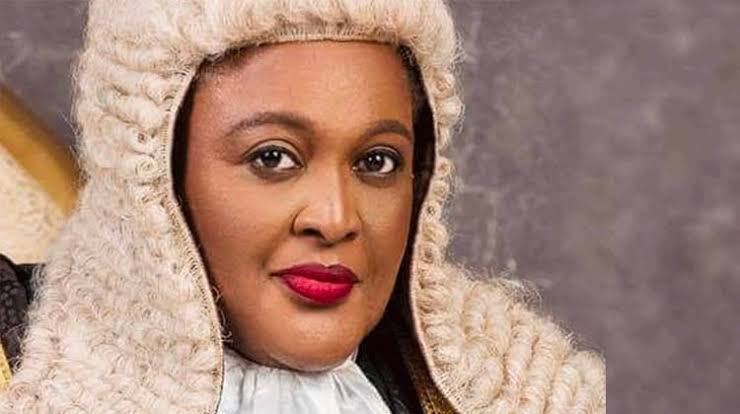 Security operatives had on Friday, 29th October, 2021 stormed the Abuja residence of the Supreme Court acting on a purported court warrant to carry out a search on her home.

The Nigerian Senate has wielded into the controversy surrounding the invasion of the Abuja residence of the Supreme Court Judge, Justice Mary Odili.

The senate has now condemned the attack.

Recall that security operatives had on Friday, 29th October, 2021 stormed the Abuja residence of the Supreme Court acting on a purported court warrant to carry out a search on her home.

Speaking to reporters on Monday during an oversight visit to the Chief Justice of Nigeria in Abuja, Chairman of the Senate Committee on Judiciary, Human Rights and Legal Matters, Senator Opeyemi Bamidele, described the invasion of Justice Odili’s home as embarrassing.

The Senator disclosed that the Red Chamber will hold a debate regarding the invasion once it resumes its plenary session on November 9.

“We cannot pretend to be unaware of the embarrassing invasion of the residence of Justice Odili on Friday night by security agents. We take the matter seriously and when we resume plenary, we will discuss it,” he said.

Earlier, the House Committee on Judiciary has demanded an immediate probe into the siege laid to the residence of the Supreme Court judge.

In a statement on Sunday by the Chairman of the Committee, Hon. Onofiok Luke, the investigation will help to identify the security operatives behind the illegal raid.

Luke stated that the invasion of the residence of Justice Odili was an action capable of setting the Executive and Judicial arms of government on a warpath.

Luke said that the siege was a repudiation of judicial independence and an assault on the sanctity of the nation’s judiciary.

He added that the invasion is reminiscent of the 2016 incident, wherein security agencies invaded the private residences of some judges in the night.