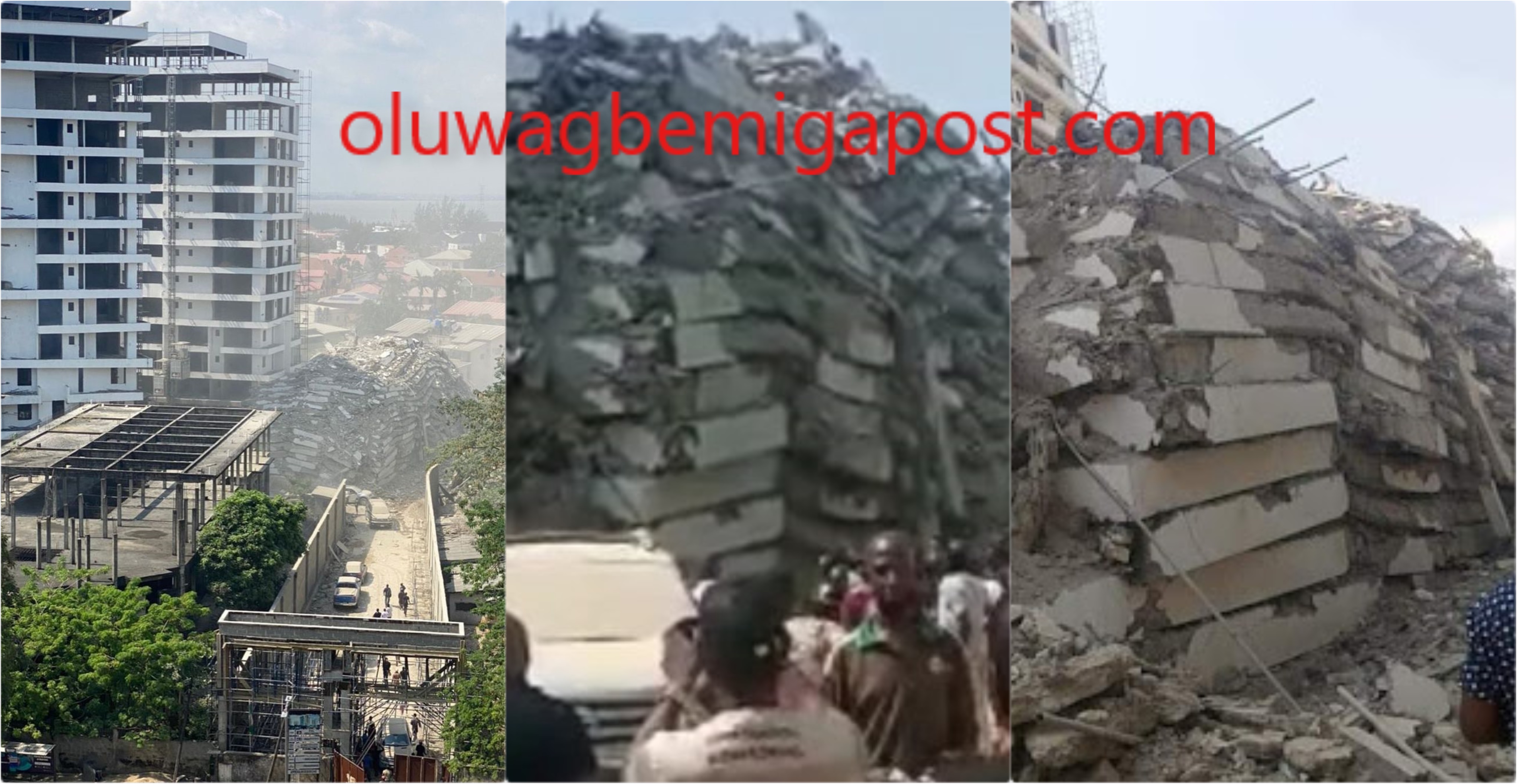 A 21-storey building has collapsed in Lagos State.

The building, which is under construction, is located at off Alexander way, Gerrard Road in Ikoyi Lagos State.

The  reports that unspecified number of construction workers are trapped in the rubble.

As of the time of filing this report, no one has been rescued.

This is as rescue effort is yet to commence, as only a team of policemen and an ambulance were seen at the location almost two hours after the incident.

No earth moving equipment has arrived the scene.

Many feared trapped as a 21-storey building collapse in Ikoyi Lagos state. pic.twitter.com/WoITCY4dgz