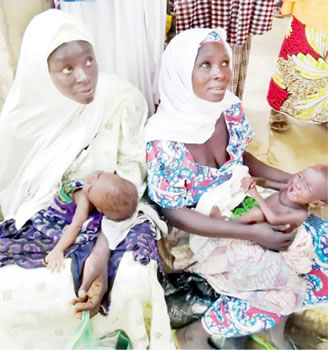 A recent survey on maternal health and nutrition has placed Bayelsa State as the state with the highest rate of under-five malnourished children in the South-South region and the entire nation.

The report of the survey attributes the high rate to the low coverage of micro nutrients supplementation, especially vitamin A, iron, folic acid and zinc, and called on the state government to strengthen its nutrition activities.

Speaking during a meeting between the Federal Ministry of Health (FMOH) and the state’s Commissioner for Health, Dr Pabara Newton Igwele, the Assistant Chief Scientific Officer, FMOH and Team Lead on Nutrition, Mrs Yvonne Yinfaowei, said plans were ongoing to tackle the burden of malnutrition and preserve the lives of women in the state.

Yinfaowei noted that Nigeria had a high burden of malnourished children and nutrition- related diseases, especially Bayelsa State, which she said calls for intervention.

Also speaking, the Assistant Directoron Family Planning, FMOH and the Team Lead on Maternal Health, Mrs Madu Ezioma, said a survey would be conducted to know the availability of family planning commodities across primary, secondary and tertiary health facilities in the state.

She said the survey was necessary to ascertain the commodities available and the ones to stock up, adding that the data would be compiled on six major areas, which include Information and Communication Technology (ICT), and the training and exit interviews of clients on the quality of service they receive from health facilities.

While reacting to the report, the Commissioner for Health said that the indices on malnutrition had been low in the state, saying since he assumed office as commissioner, he had made it a priority to provide more funding for nutrition-related activities.

Dr Igwele added that the survey would help the state to know the health commodities that were needed and asked the team to make the data that would be collated available to the ministry to aid policy making.

He stressed that the state governor, Senator Douye Diri, had pledged not to play politics with the health of Bayelsa people and would make the necessary funding available for the distribution of the micronutrient powder donated by the Federal Government.