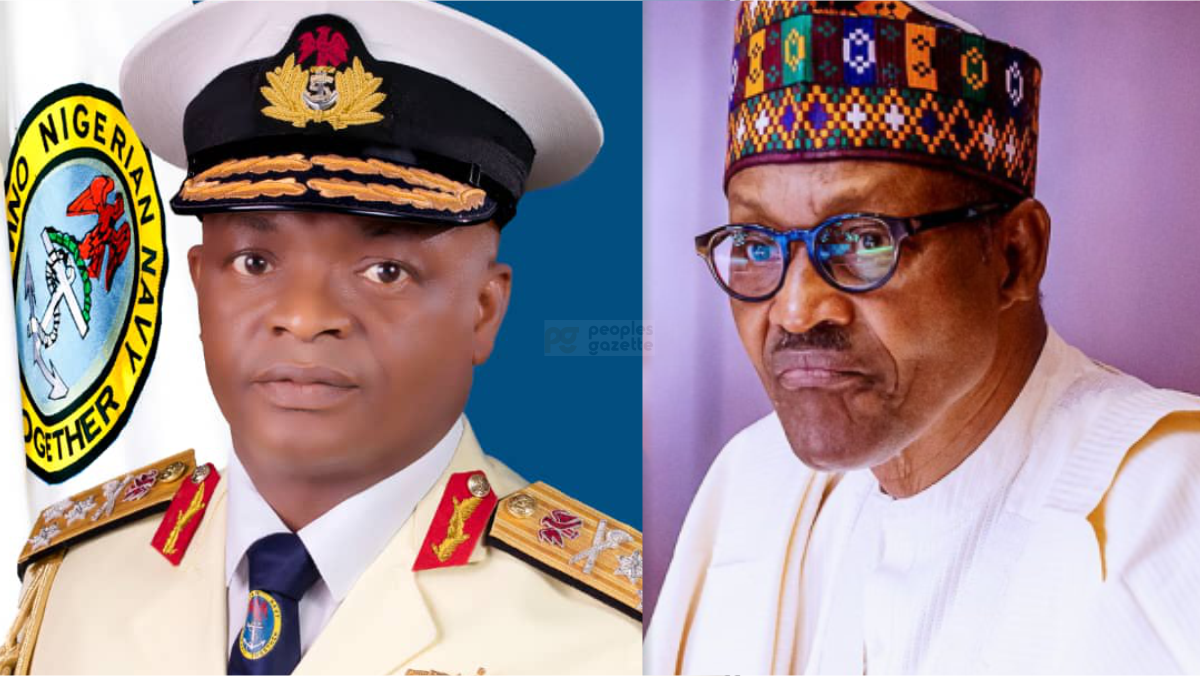 The closed-door meeting took place at the official residence of the President, with his Chief of Staff, Ibrahim Gambari, in attendance.

Speaking to State House correspondents after the meeting, Gambo said he was at the villa to brief the President on the new Boat built by the Nigeria Navy expected to be commissioned soon.

Earlier, the National Leader of the All Progressives Congress (APC), Bola Ahmed Tinubu, has described President Buhari as an “exceptional leader”.

Tinubu, former governor of Lagos State, stated this on Sunday after a closed-door meeting with President Buhari at the Presidential Villa in Abuja.

Speaking with State House correspondents, Tinubu said he came to the Villa to thank the President for visiting him in London where he sought medical treatment.

The former governor stated that the President’s visit to him in the UK shows he has empathy and cares for the well-being of the citizens.

“I came to thank President Muhammadu Buhari for visiting me in London when I had a knee surgery. He demonstrated empathy. He is an exceptional leader,” he said.