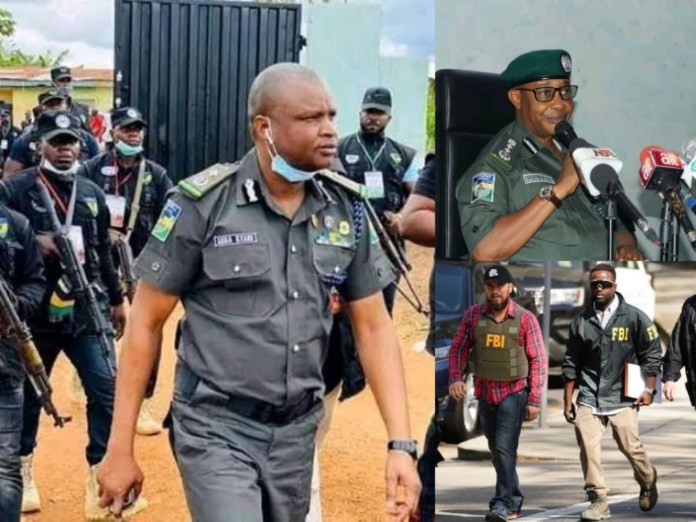 An update concerning the case of embattled police officer, Abba Kyari and the FBI has been given by the IGP.

According to Baba, the police is yet to see or receive a formal extradition request for Deputy Commissioner of Police (DCP), Mr Abba Kyari following his indictment by a US Court.

Kyari had earlier in the year been accused of being a conspirator in a 1.1-million-dollar fraud deal involving Instagram celebrity Ramon Abbas, popularly known as Hushpuppi.

Giving an update on the case, IGP Alkali Baba disclosed on Thursday that he had only heard it on social media, stressing that there was no extradition request as some have reported.

The Inspector General further explained that the panel constituted to investigate the case has submitted its report to the Secretary General of the Federation (SGF) Boss Mustapha for vetting and advice on the findings.

He added that the Force has only just received feedback from the SGF and is contemplating the next step to take.

The police chief’s comment is the latest on the controversial issue in spite of a warrant issued by a US magistrate judge, Otis Wright, ordering the arrest of Kyari.

About a month ago, Minister of Police Affairs, Muhammadu Maigari Dingyadi while affirming that investigations have been concluded and findings submitted, noted that President Muhammadu Buhari will have the final consideration on the matter.

Earlier in the year, a US court document stated that Nigerian socialite Hushpuppi bribed the super cop to arrest and jail a certain Chibuzo Vincent, an estranged ‘co-conspirator,’ in a $1.1 million fraud case.

The document also revealed that Hushpuppi, who had been arrested in Dubai and handed over to US authorities, pleaded guilty to the multi-million-dollar fraud charges filed against him by the US Government.

It further explained that the proceeds from the crime had been spent.

Reacting to the allegations against him, Abba Kyari denied the claims, saying that he collected money to help Hushpuppi sew some clothes. Kyari later stated that he acted as a debt collector for Hushpuppi in a Facebook post which has since been deleted.

The police had assured that a careful and expeditious review of recommendations by its committee would be undertaken by the Force Management Team and thereafter forwarded to appropriate quarters for necessary action(s).

While investigations continued, the embattled police officer was suspended and the IGP appointed Deputy Commissioner of Police, Tunji Disu, to replace Kyari as Head of the Police Intelligence Response Team (IRT).