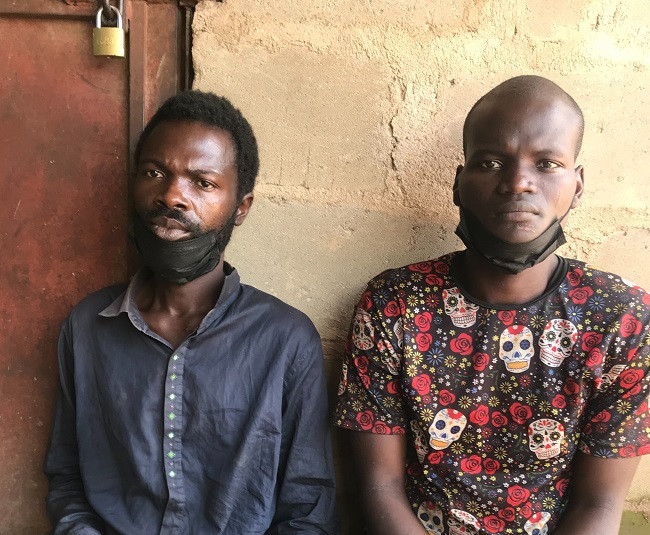 A ritualist has confessed after being arrested by the police how he performed rituals for a yahoo boy.

Ismaila Wasiu, among two of the suspected ritualists arrested in Oyo State, has confessed that he once bought a dry skull to carry out a ritual for a fraudster (Yahoo boy) before he started using fresh skull.

Wasiu,29, and Mutairu Shittu were arrested arrested by policemen in Saki town, Oke Ogun area of the state after they were found in possession of a fresh human head and other body parts of a female victim identified simply as Mujidat.

Wasiu also revealed that he was the one who lured Mujidat, to Saki from Lagos State, with a plan to make use of her fresh head and body parts for more money than what he “made” for the yahoo boy.

Detectives received credible intelligence from residents of the Ayekale area of the town at about 2:30 am on Monday, about the suspects’ possession of the fresh human head.

Following the receipt of operational and intelligence assets of the Oyo State Police Command attached to Saki Divisional Police Headquarters immediately swung into action which resulted in the arrest of the duo, the recovery of the fresh human head and the dismembered body of the victim.

Preliminary investigation revealed that the victim was lured from Lagos through a phone call by one of the suspects, particularly Ismaila Wasiu, before the perpetration of the dastardly act.

The dismembered body has been deposited at the morgue, while intensive investigation regarding the incident continues.