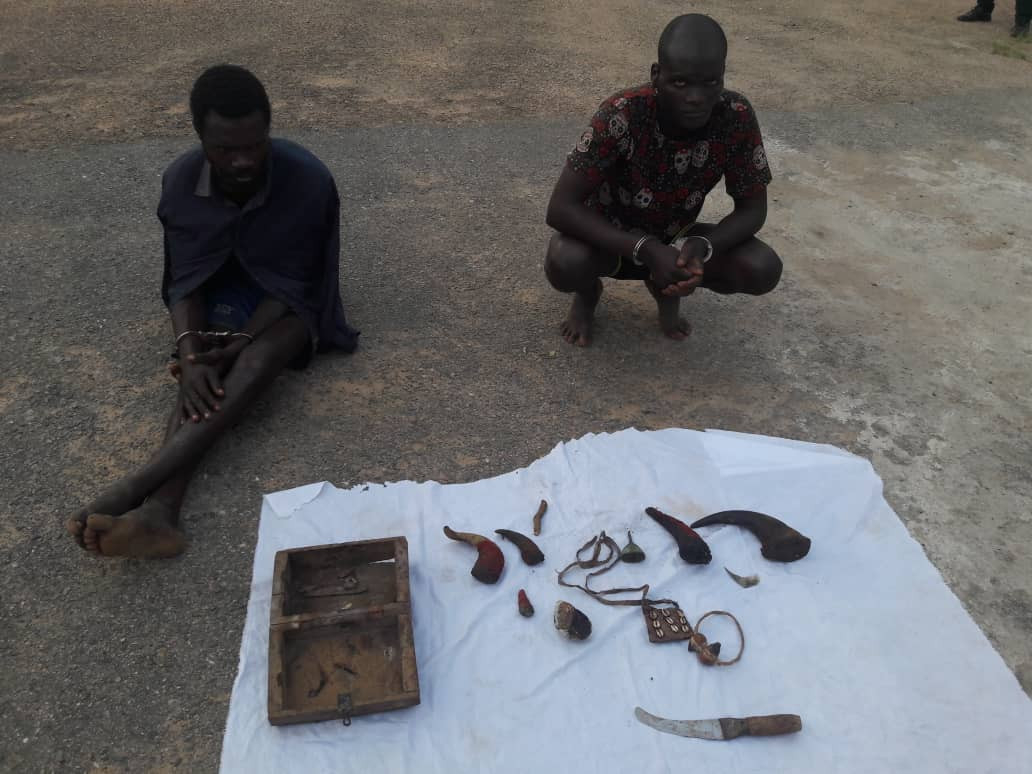 Spokesperson of the command, DSP Adewale Osifeso, who disclosed this in a statement on Wednesday, October 27, said the suspects were arrested following credible intelligence received from residents of Ayekale, Saki Area of Oyo State, at about 2:30pm on Monday.

He said that the residents reported that Wasiu, 29, and Shittu, were found in possession of a fresh human head.

“Oyo State Police Command attached to Saki Divisional Police Headquarters immediately swung into action which resulted in the arrest of the duo, the recovery of the fresh human head and the dismembered body of the victim who has been identified to be one Mujidat ‘f’,” Osifeso stated.

“Preliminary investigation reveals that the victim was lured from Lagos through a phone call by one of the suspects, particularly Ismaila Wasiu before the perpetration of the dastardly act,”

Osifeso said that the investigation into the incident is ongoing and the dismembered body of the victim has been deposited in a morgue.

“The dismembered body has been deposited at the morgue, while intensive investigations regarding the incident continues.” he added.

While calling on the citizenry in the State to draw lessons from the gruesome murder of the victim, the Commissioner of Police CP Ngozi Onadeko urges all law abiding people resident in the state to give their unwavering cooperation towards the rendition of timely and actionable information capable of fueling the Command’s crusade against crime and criminality in the State.