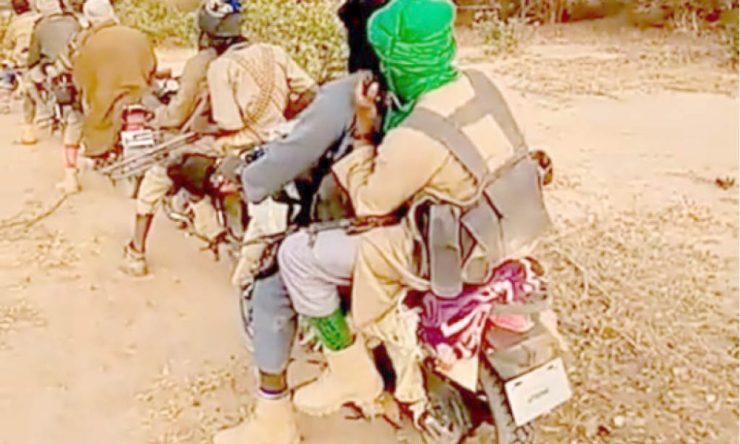 Gunmen suspected to be bandits have killed six persons and kidnapped many others during an attack in Unguwar Samanja village, Faskari Local Government Area of Katsina State.

The gunmen stormed the village on motorcycles around 5:49 pm on Sunday when residents were observing the morning prayer and operated for many hours unchecked.

It was learned that the gunmen started shooting sporadically, resulting in the death of the victims.

Bandits have reportedly killed over 700 people in Jibia, Kankara, Dutsinma, Musawa, Danmusa and Safana local government areas of the state in the last five months.

Katsina has witnessed sporadic attacks by bandits and kidnappers that have claimed the lives of many.

In other news, the Christian Association of Nigeria (CAN) has called on the Muhammadu Buhari-led federal government to arrest controversial Islamic cleric, Sheikh Abubakar Gumi.

He noted that the actions of bandits in the Northwest which have seen innocent people killed is tantamount to terrorism.

He, however, said the moment bandits are declared terrorists, the direct foreign Jihadist movements will set in force, and many unemployed youths may find it palatable and attractive.

Reacting in a statement, CAN’s Director of National Issues and Social Welfare, Bishop Stephen Adegbite, called on security agencies to investigate the claim made by Gumi that declaring bandits as terrorists would come with a price.