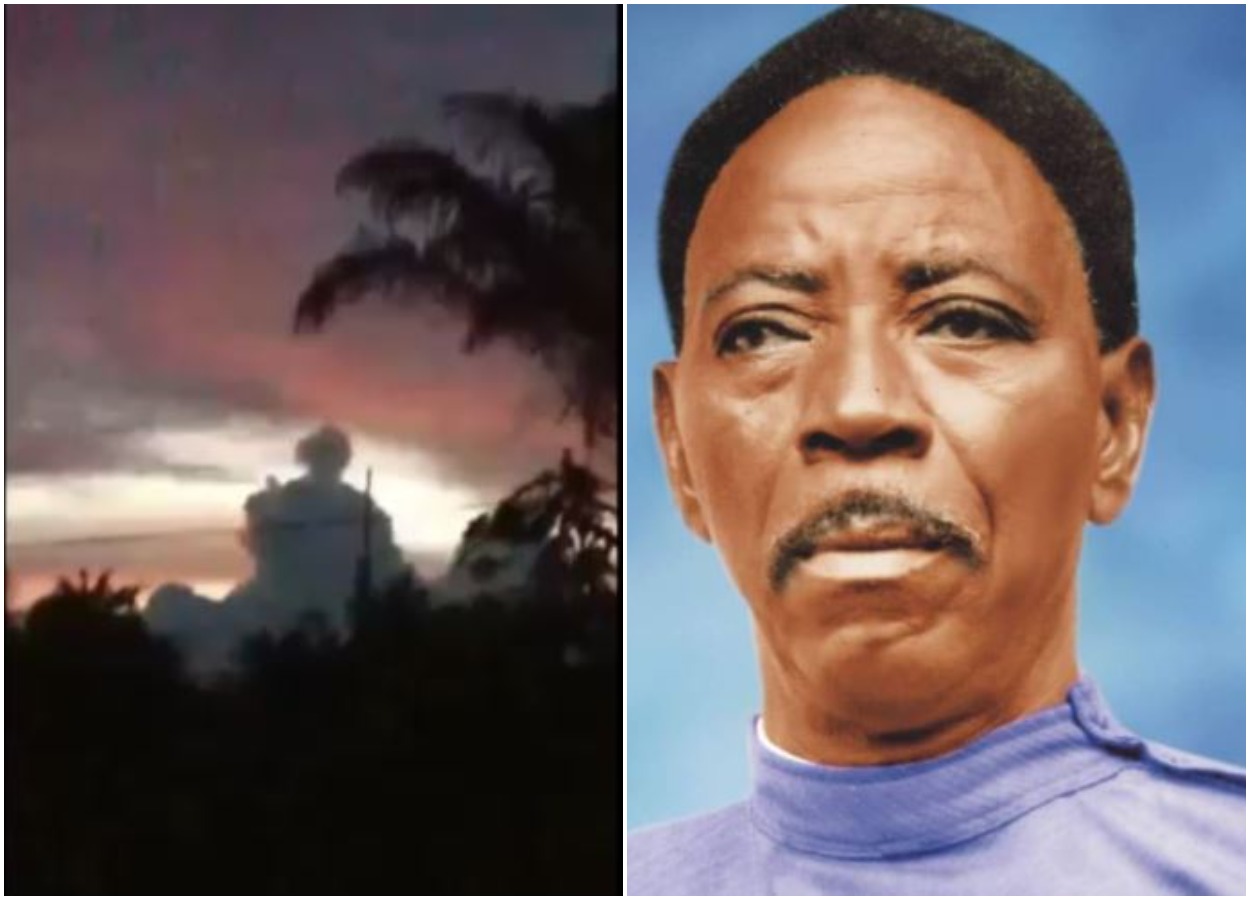 A video of a group of Celestial church members praising and worshipping God after claiming to see their founder, Oshoffa, in the sky has surfaced on social media.

In the viral video, the members could be heard praying loudly and hailing the God of Oshofa as they look into the sky.

“Daddy, come and see Oshoffa, he’s in the sky,” one person is heard saying in the video.

Joseph Oshoffa was the founder of the Celestial Church of Christ after he reportedly resurrected people from the dead.

According to reports, he founded the church in 1947 after being lost for three months near Porto-Novo in Benin.

Oshoffa was reported to have had 14 wives and 54 children when he died in 1985 although some say these figures are high.

mariahAngel wrote; Delusions as a result of too much fasting.

simple250 wrote; ‘Hold on to your believe the last day shall tell’

MufasaLion wrote; ‘Religion is the opium of the poor and ignorant folks.

RiyadhGoddess wrote; ‘Lately there’s been strange things in the sky. Some days ago, around 4pm thereabout, I came out of the house only to see the sun so red like blood. I stood there for minutes wondering what it could be or what was happening. I’ve never seen that before in my life. Some parts of the sky where the sun was positioned was blood red as in red Blood around the sun. It could be Pa Oshoffa sha, they alone can interprete what they saw but that thing looks like a Dada man holding a rod sha.’