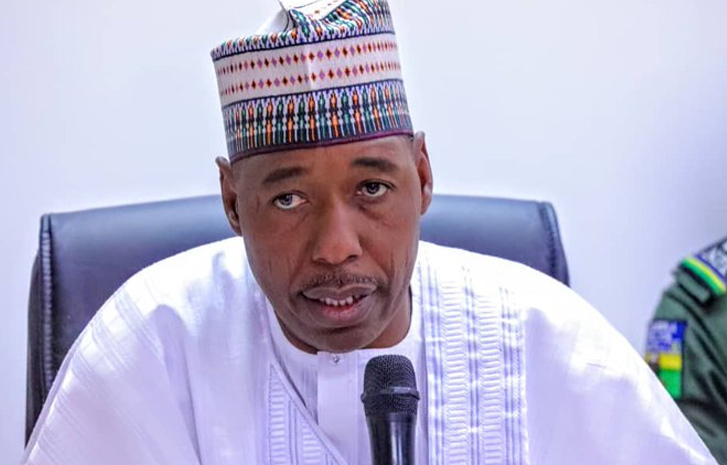 The Borno State Governor, Babagana Zulum has announced a timeframe for the closure of the Internally Displaced Persons (IDP) camps within Maiduguri, the state capital.

The Governor announced plans to shut the camps on or before 31st December, 2021.

Zulum made the disclosure on Friday in Abuja after a meeting with President Muhammadu Buhari at the Aso Rock Villa.

Speaking to State House correspondents after the meeting on Friday with the President, Zulum disclosed that he was in Abuja to seek the federal government’s help and input in making the plans a reality.

He explained that a reasonable level of peace has been achieved in areas been considered for resettlement after several years during which insurgency has displaced the people and the military is also providing necessary support in making the resettlement happen.

Apart from the Maiduguri metropolis, the Borno State Governor added that displaced persons living in Diffa Province of Niger Republic would be relocated to their ancestral homes in Malam Fatori, Borno State, by November 27, this year.

Zulum announced that he has gotten the President’s blessings and assurance of support for his plans including the collaboration of all relevant federal government and security agencies.

He said: “I came to brief Mr. President on efforts made by Borno State government in ensuring the return of internally displaced persons to their ancestral homes.

“So far, so good, the Borno State government has started well and arrangements have been concluded to ensure closure of all internally displaced persons camps that are inside Maiduguri Metropolitan on or before 31st of December, 2021.

“In addition to this, Borno state government is also making efforts, in collaboration with the Ministry of Humanitarian Affairs to continue with the repatriation of Nigerians that are living in Minao camp.

“Now that we have achieved a reasonable degree of peace, Borno State government has intended to resettle Malam Fatori communities on 27th of this month.

“To this effect, the Nigerian military are providing all the needed support to the government of Borno State. I’m pleased to inform you also that the Chief of Naval Staff has ensured the return of naval base to Baga last month.

“These are some of the reasons why I came to brief Mr. President and I also requested Mr. President to continue to provide more support in ensuring that the growing number of ISWAP that are operating especially in the southern part and northern part of Borno State are being handled appropriately.

“So, these are some of the reasons why I came here, but most importantly, Mr. President has given me the assurance that he will do everything possible to support the effort by Borno State government of returning internally displaced persons to their ancestral home.

“He has done it before and I hope this time around, he will also support the noble cause. The people of Borno State and indeed the government are mostly grateful to Mr. President for all the efforts that he has been making, with a view to bringing succor to the internally displaced persons in the state.”