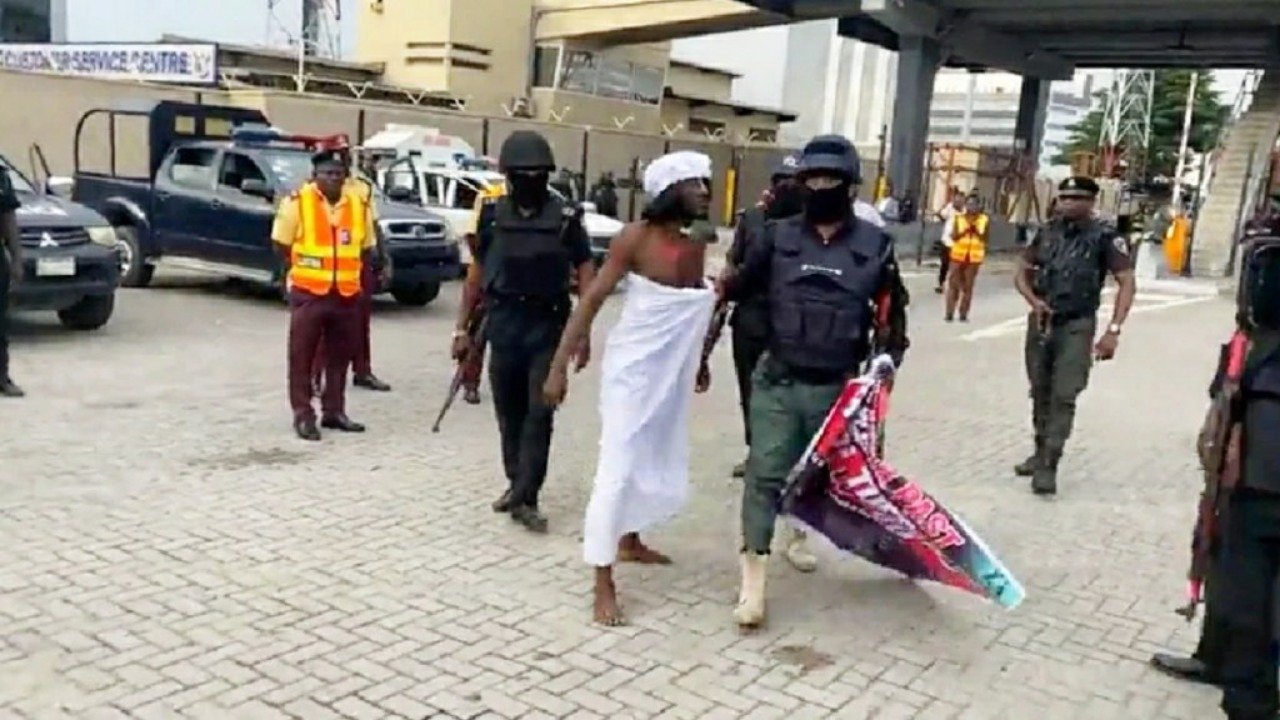 Police officers on Wednesday arrested a man dressed like an Ifa priest at the Lekki toll plaza in Lagos State.

He was arrested and his placard seized.

The arrest was part of the police’s ongoing clampdown against EndSARS memorial protesters at the Lekki tollgate.

The EndSARS protests held in October 2020 were against the activities of the now-disbanded Special Anti-Robbery Squad (SARS), a unit of the Nigeria Police Force accused of police brutality.

Youths had gathered at the Lekki tollgate to express their disgust for police brutality and bad governance.

The protesters were dispersed from the location by gun-wielding soldiers, which some people believed led to the loss of lives.

This was followed by the destruction of private and public properties by hoodlums in Lagos, an incident that informed the latest warning issued by the police in the state.

Meanwhile, some protesters have been arrested by the police.