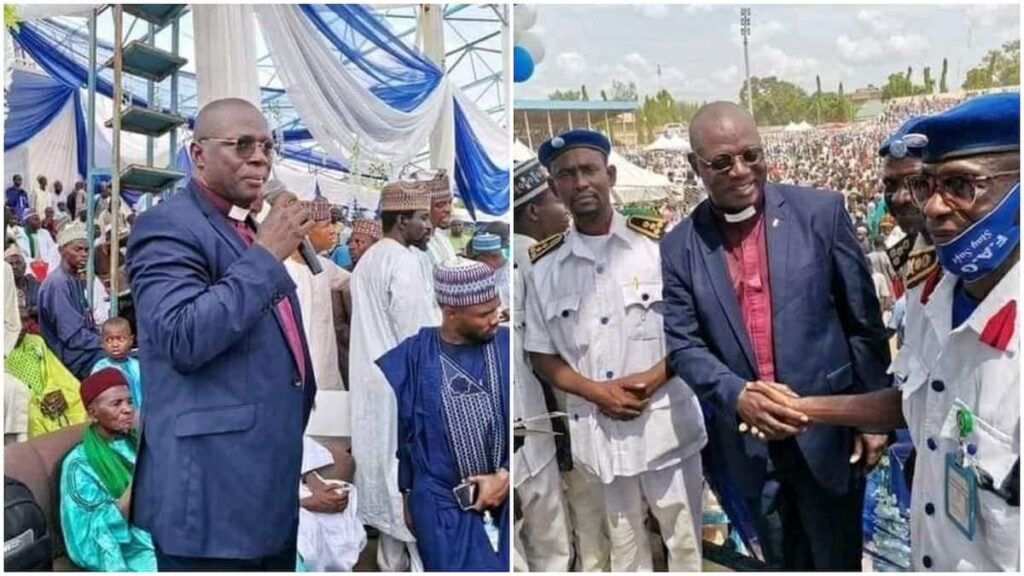 A Kaduna-based Christian minister, Pastor Yohanna Buru, demonstrated a high level of religious tolerance when he got his followers to celebrate with Muslims in Eid-el-Maulud state

Pastor Buru said that attending this special day among Muslims would not change anything in his Christianity
The clergyman challenged both Christians and Muslims on, the Eid time to promote interreligious tolerance, love, unity and peace

Pastor Buru said he was in the stadium to celebrate the birth of Prophet Muhammad (SAW) to celebrate.

“The Prophet is there for everyone, regardless of his tribe, his culture, his tradition, his skin color, his Continent and its region, as he preached peace all his life. “

He noticed that as a peace ambassador and Christian minister who joins the Muslims, nothing changes in his Christianity .

“During the Christmas season, thousands of Muslims from different parts of northern Nigeria normally came to church and partied with many Christians the aim of promoting religious tolerance and a better understanding between different faith communities. ”

He urged his followers to use the time to promote interreligious tolerance, love, Promote unity and peace across the country.

Pastor Buru also urged all Muslims to use Maulud time to pray for God’s intervention to put an end to the problems that are disturbing the stability of the country.

” We have to remember that we come from a family Adam and Eve. We are brothers and sisters who believe in our Holy Scriptures, the Bible and the Koran, and also believe in an afterlife, then we must be our brother-keeper. “

In the meantime, the Muslim Rights Concern (MURIC) has expressed deep concern about the current events in the Nigerian political space.

Akintola says a political space free of sharpness and bad blood is needed to encourage better participation that would encourage growth. He condemned features of do-or-die politics that have marked the nation’s politics and the human sacrifices associated with it in the form of political murders.