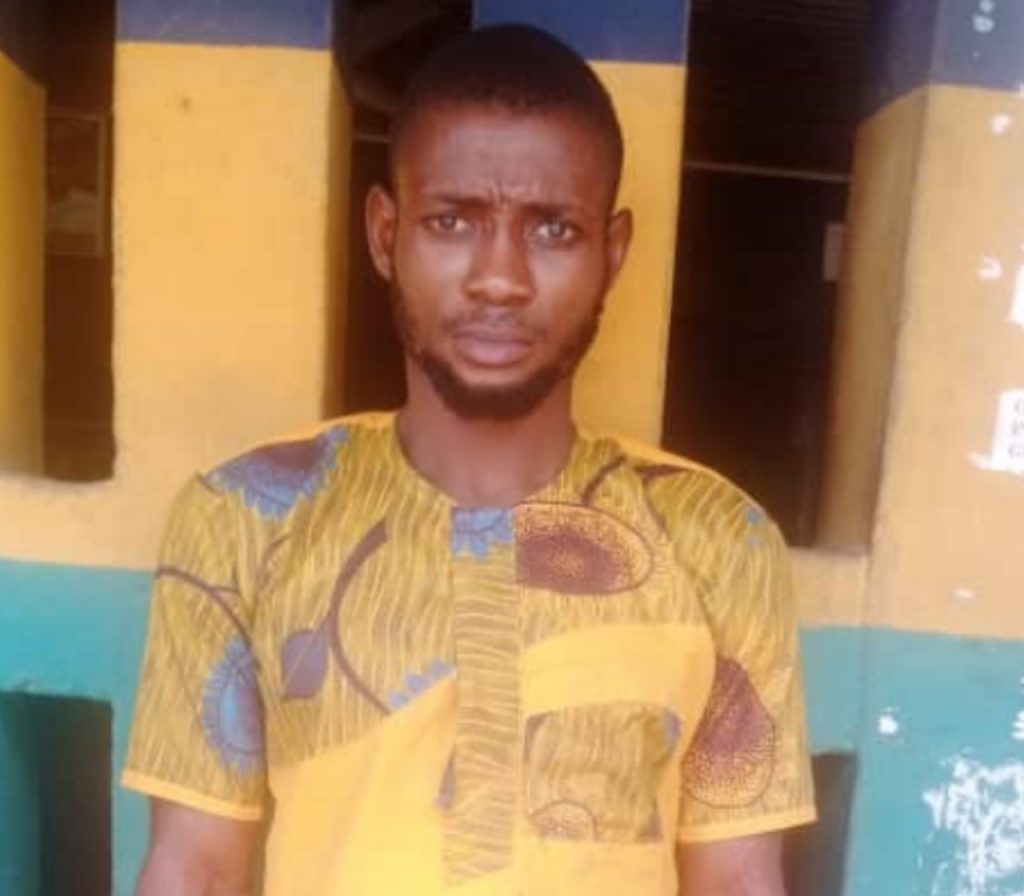 It was gathered that Bisi Omoniyi allegedly hacked the 50-year-old man he met in his lover’s room to death, according to the Ogun State police command.

It was gathered that Bisi Omoniyi allegedly hacked the 50-year-old man he met in his lover’s room to death, according to the Ogun State police command.

Omoniyi, 25, was arrested Friday following a distress call received by the police in Owode Yewa divisional headquarters, that the young man had matcheted one Akinyemi Wahab Alani to death in Ajilete, Yewa South Local Government Area of Ogun State.

Responding to the distress call, the DPO of Owode Egbado, CSP Olabisi Elebute, had mobilized her team to the scene where the suspect was apprehended.

The victim, who was rushed to a hospital, was confirmed dead by the doctor on duty.

According to the Ogun State police spokesperson, Abimbola Oyeyemi, the victim, Alani (a.k.a Ajiolopon) was with his woman, one Kafayat Sakariyau in her room at Ajilete to spend the night with her.

However, the suspect, who also intended to spend the night with the same woman, came knocking, but he was denied entry.

The suspect, said to have come from Ibasa area of Oke-Odan, reportedly forced his way into the woman’s room and met the deceased in a position he had described as unacceptable to him.

“Consequently, a fight ensued between them and the suspect picked a cutlass in the room and matcheted the victim to death,” Oyeyemi told newsmen on Sunday.

Apparently baffled by the incident, Kafayat was said to have fled the area, as the deceased’s body was deposited at the mortuary for autopsy.

Meanwhile, the Ogun Commissioner of Police, Lanre Bankole, ordered the transfer of the suspect to the homicide section of the state CIID for further investigation and diligent prosecution