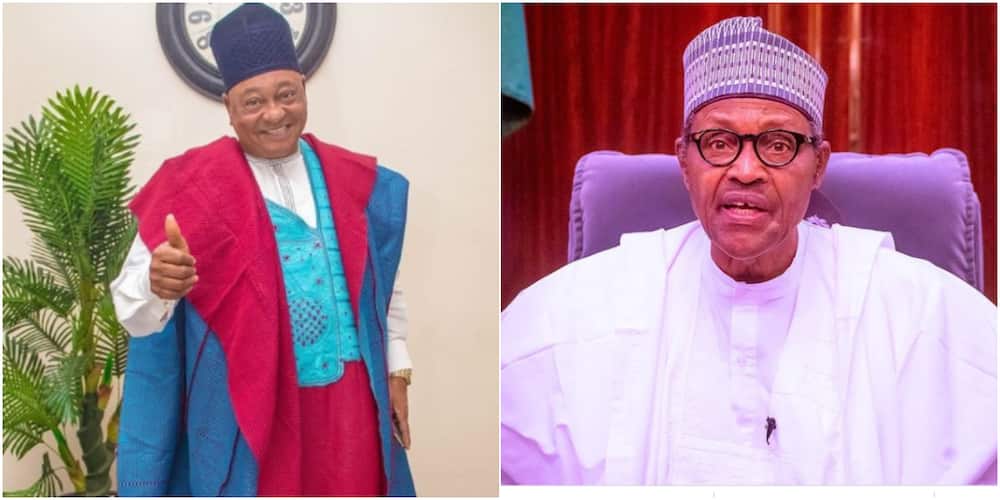 When asked in a recent interview if he had ever regret campaigning for the president due to the current situation of the nation, Kosoko said no, stating categorically that he would never regret declaring his support for the incumbent leader in 2015.

The actor said though he cannot deny that some actions and inactions of President Buhari are heartbreaking, but can’t say the President is totally a bad leader.

Kosoko bemoaned how the All Progressive Congress (APC) always come out boldly to remind Nigerians how bad things were under the Peoples Democratic Party administration. The actor noted that the APC knew there were problems before coming in.

According to him, APC seeking to take over power then means they have solutions to the problems ravaging the country.

Kosoko said: “So many things are responsible for the situation we find ourselves. I can’t speak for the government but I can’t say Buhari (government) is totally bad. I’ve never said so, and I may not say so, but I am disappointed in some of his actions. I hate a situation where the APC government will keep reminding us of how bad things have been since PDP assumed power.

“We are all aware of that, before you decided to come on board, deciding to assume power means you have a solution to the problems so that is my own concern. Buhari knows that discipline is his watchword, I wanted to believe him then, but he should know that in getting a corrupt-free society you would face quite a lot of antagonism.

See also  Meet Babajide Sanwo-Olu, The Next Governor Of Lagos State As Projected By APC

“It’s just like a dog eating bone and you want to collect the bone, it would be a tug of war. I believe him and personally, Buhari is not corrupt, but so many things are still going on. This means that prompt action must be taken to ensure that those things stop.”

Reiterating his support for the incumbent leadership, Kosoko when asked if he ever regrets campaigning for Buhari in 2015, said “No I can never. I will ask you and ask all the Nigerian youths going up and coming down saying different things. Let them show us who to follow, do you know who will do well, do you know?

“You don’t know, Professor Wole Soyinka was appointed the founding Corps Marshall of the FRSC, he ran away, he couldn’t stand it. So, tell me if you are able to confirm to me that Jide Kosoko is the best to govern us, then I will follow you. But nobody knows, we are all making trial and error,” Kosoko reiterated in an interview with Premium times.