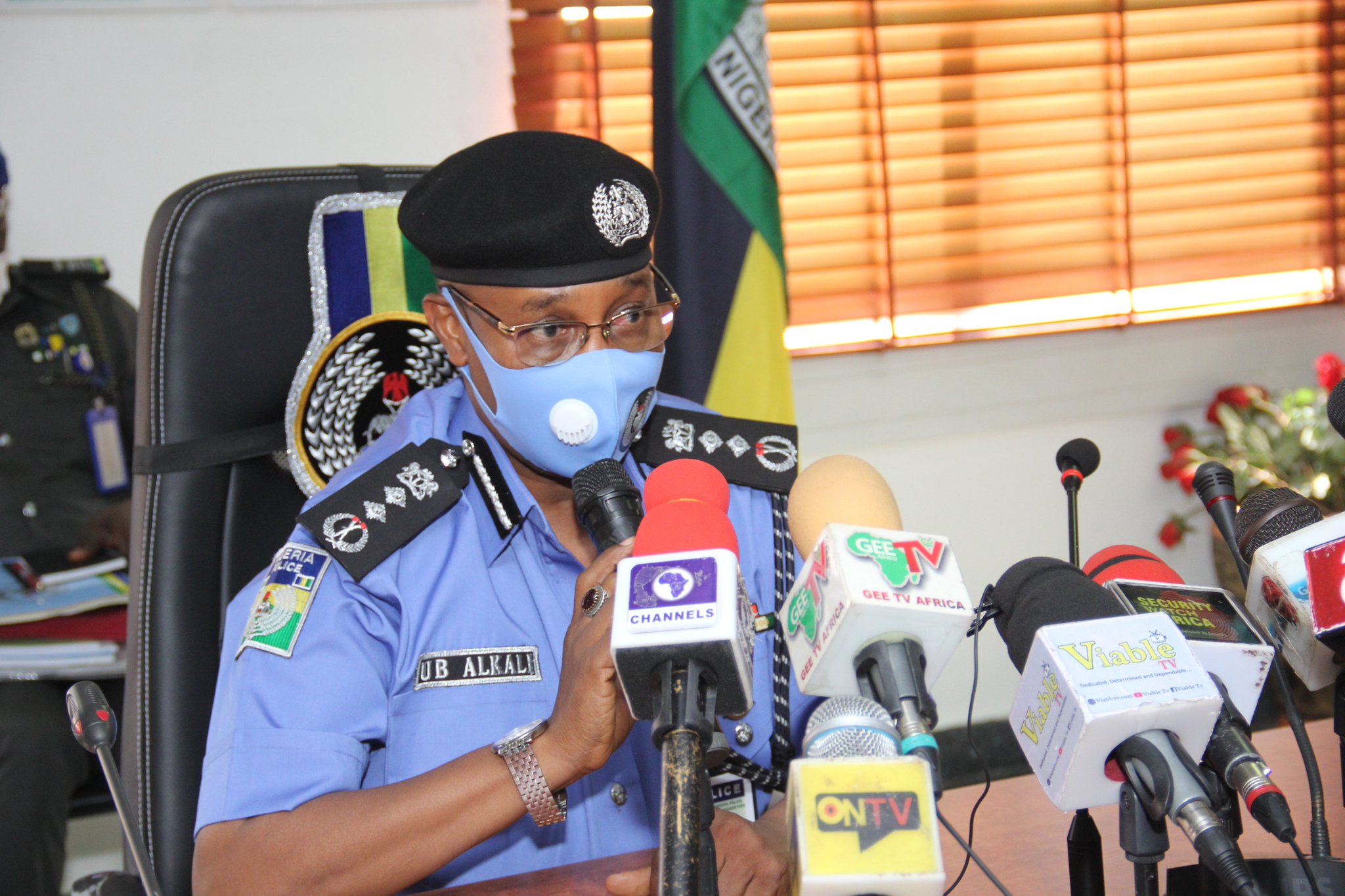 Stakeholders have questioned the move by the Inspector General of Police, IGP Usman Alkali Baba to deploy a total of 34,587 police personnel, three Police Helicopters, technical capabilities of the Police Airwing, the Force Marine and the Force Animal Branch, and other operational assets to Anambra State ahead of the forthcoming gubernatorial election.

The IGP, during the 2nd Strategic Police Managers Conference for Senior Police Officers from the rank of Commissioner of Police and above at the Force Headquarters in Abuja on Thursday, said the move was to ensure a hitch-free election in Anambra State.

The announcement has, however, triggered backlash from concerned stakeholders who picked holes in the IGP’s decision, describing it as preparation for ‘war’.

Some of the stakeholders who spoke  on Friday, also expressed fear that such move would intimidate the voters, saying apathy may mar the election which has been scheduled for November 6.

A top political official who spoke to our correspondent from Benue State on anonymity, alleged that the move was for the ruling All Progressives Congress, APC to intimidate other parties and claim the state.

“We know their plans. It is now clear to Nigerians that this APC is out to gain power by all means, otherwise, how can the IGP be mobilizing about 34,587 police officers for just one state election? Are we preparing for war? It is obvious.

“We are all aware of the security situation in Anambra State but that does not call for this kind of move. Who will hear this news and still come out to vote that day? Of course everybody would want to save his or her life first. I think their plan is to keep voters away from the polling unit so that they can do whatever they want”.

The National Coordinator of Human Rights Writers Association of Nigeria, HURIWA, Emmanuel Onwubiko said that the 34,587 policemen the IGP claimed may not be true.

According to him, the Nigerian Police force has no accurate statistics of officers deployed to a particular area. He alleged that those in charge of the deployment only formulated the figures just to embezzle public fund.

He said, “Nigerian Police force has lost focus from a very long period of time. They always engage in fire brigade approaches particularly in national matters. The issue of Anambra election does not call for the IGP to deploy such number of policemen to the state.

If the Nigerian Government had listened to ideas and suggestions that so many people including the right group, HURIWA, NGOs and other stakeholders have been making over some years now, there wouldn’t be need for this.

“Nigeria does not even have an accurate data of exact number of how many policemen are serving in a particular area. They are only using fathom statistics to siphon public fund. There is no statistics to say we have about 3,000 policemen in Benue State or 4,000 officers in Kaduna State so the number of personnel the IGP has declared that they are sending to Anambra may not even be accurate.

“They may just send like 5,000 policemen and tell Nigerians that they have mobilized over 34,000. The way the police service commission was set up, clearly shows that it was established not to work”.

A chieftain of the Peoples Democratic Party, PDP who spoke to DAILY POST from Ozubulu Local Government Area of Anambra State, Chief Emeka backed the IGP, stating that the state has been enveloped with security crisis since the beginning of the year.

He, however, warned against alleged plans by some political party to take advantage of the security situation in the state to rig the November election, saying the entire world is watching.

“Since January this year, Anambra State has not been the same, there have been killings in many parts of the state. As I speak to you, many residents have vowed to remain indoors on the election day.

“So if there is anything the government is doing to remove fear from the voters, I think that should be a welcome development. But they should note that we are all set for the election, Nigerians are watching, the world is watching; no body can rig Anambra election so whoever is planning that should rescind,”Chief Emeka added.