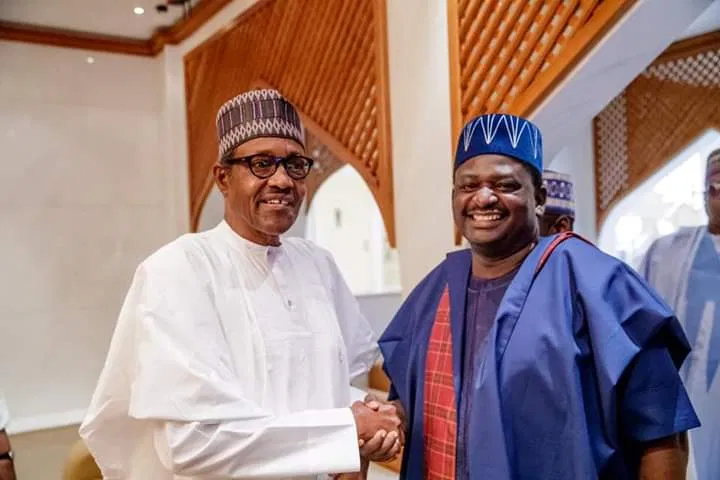 Mr. Adesina reiterated that there is no truth in some insinuations which went viral previously that President Buhari has been replaced by one Jubril from Sudan.

An aide to President Muhammadu Buhari has revealed how he confirmed that Buhari is not Jubril from Sudan.

Femi Adesina, who is the special adviser to President Muhammadu Buhari on media and publicity made this known in an article titled ‘THE ESSENTIAL BUHARI: VP OSINBAJO GOT IT!’ posted on his Facebook page on Thursday night.

Mr. Adesina reiterated that there is no truth in some insinuations which went viral previously that President Buhari has been replaced by one Jubril from Sudan.

Adesina in his article was reacting majorly to the earlier submission by Vice President Yemi Osinbajo that it would be difficult to find any other politician in Nigeria as popular as Buhari but took a detour to emphasize why the personality of the president is so unique and commands such respect and attention.

It will be recalled that when President Buhari was away in London on medical leave back in 2017, viral insinuations which spread like wildfire, majorly sponsored by Mazi Nnamdi Kanu, leader of the proscribed Indigenous People of Biafra (IPOB) had emerged that the Nigerian leader is dead and has been replaced by an impostor from Sudan known as Jubril.

Kanu had severally taken to the social media space to submit that an impostor is the one occupying the Aso Rock Villa and posing to be Nigeria’s president – a claim also severally debunked by the presidency.

The issue was brought back to the timeline on Thursday by Mr. Adesina in his article in which he talked about the attributes of President Buhari, describing him as someone he has worked at close quarters with and has consistently exhibited some laudable characteristics.

The presidential media aide pointed out that Buhari on the very day he returned to Nigeria from London, said some personal stuff to him, which can only be known by someone who has known him for some time and not an impostor just trying to fit in.

He wrote: “I have been round the country with the President. I have also been to several countries of the world with him. I have not seen any other Nigerian leader, past or present, with his kind of allure, pull, fascination, magnetism. And that is why VP Osinbajo is right to have described him as possibly “the most popular Nigerian politician that we ever had in this generation.

I remember that day in August 2017, when the President returned to the country finally from his medical vacation. From January of that year, he had been in and out a couple of times, but spending weeks and months outside, attending to his health. And finally on August 19, he returned home, triumphantly.

We were at the airport to receive him. I have told the story a number of times, to dispel the idiocy that it was a certain Jibril of Sudan that came back, and not Buhari. The daughter of the immediate past Chief of Defence Staff, Gen Gabriel Olonisakin, was getting married. And I had attended both the church service and reception, decked in full Yoruba traditional attire of Agbada and a cap to match. Straight from the ceremony, I went to the airport to join the welcome party for the President.

We the principal aides were on a line to receive the President as he descended from the aircraft. And he shook hands with each person, having one wisecrack or the other to say, as is typical of him. When he got to me, he said, “Adesina, this is the best I’ve seen you dressed.” And we both laughed.

“Jibril of Sudan? How did he know I was Adesina? How would he know how I normally dressed? Idiocy, I say again. But that is just a digression, not the story I really want to tell to support the topic at hand.”