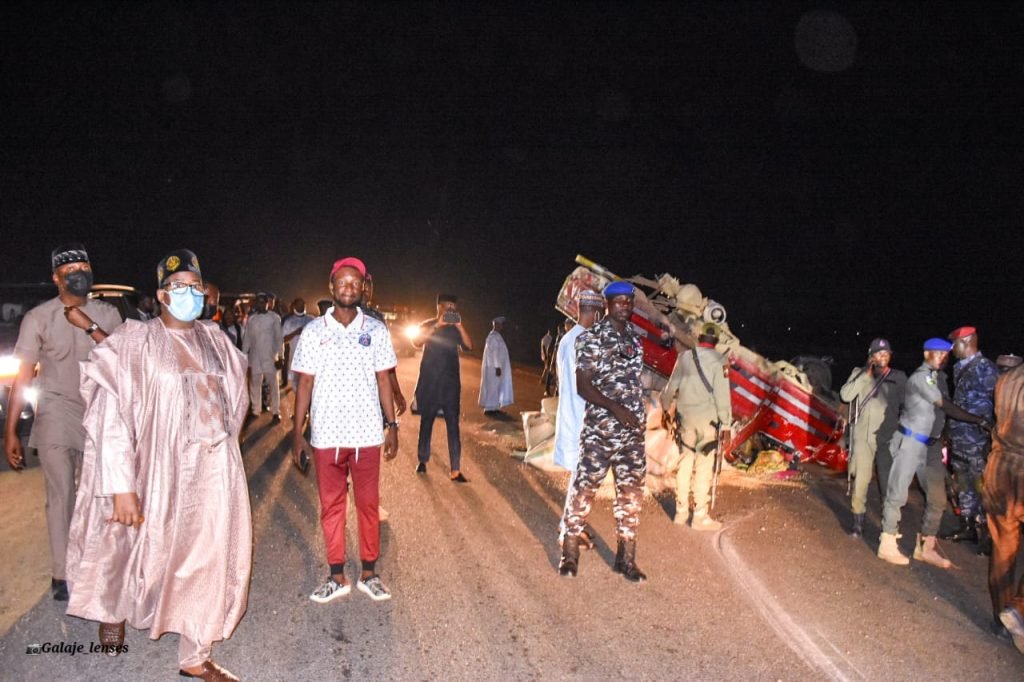 The Executive Governor of Bauchi State, Senator Bala Mohammed, rescued five victims of an accident which occurred on the Bauchi-Kano road.

It was gathered that the accident occurred on Saturday evening at Abubakar Tafawa Balewa University (ATBU) main campus at Gubi.

Governor Mohammed reportedly stopped his convoy on reaching the accident scene and personally led the rescue operation in which five victims, who sustained varying degree of injuries, were rescued.

According to Daily Post, the accident involved two Opel Vectra cars which had head on collision. No life was, however, lost in the accident.

Dambam added that the governor said he would pay the victims’ bill and directed that they be given prompt treatment.

The Public Relations Officer (PRO) of the Bauchi State Sector of the Federal Road Safety Corps (FRSC), Rilwanu Sulaiman, who confirmed the accident said five persons were injured, while no one died in the accident.