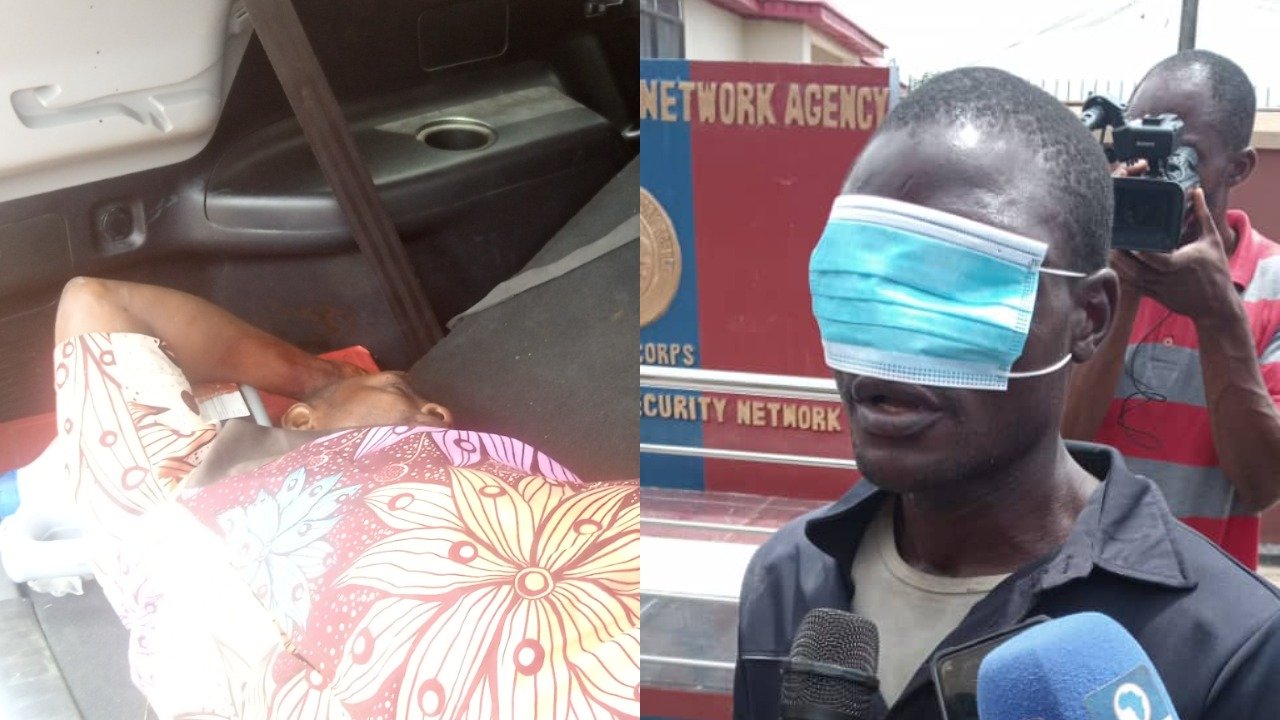 A suspected kidnapper has died during an exchange of gunfire between his gang and operatives of Amotekun Corps in Ondo State.

The suspected kidnapper, Funmi Adenuoye was said to have been killed by his colleague identified as Kunle while trying to escape from the men of the Amotekun Corps who were giving them a hot chase after an operation.

The deceased was part of a three-man gang that kidnapped a 58-year-old cement dealer, Shakirudeen from his home at the waterside area of Ogun State on Wednesday.

The suspect, alongside his accomplice, Tayo Ibrahim was apprehended by the Amotekun operatives.

The reckless manner with which the kidnappers drove the vehicle which belonged to their victim into the state was said to have raised the suspicion of Amotekun operatives who gave the kidnappers a hot chase.

The kidnappers were intercepted at the Okitipupa axis of the state where they had planned to coordinate their negotiation of ransom.

The kidnapper, Ibrahim, 38, who was arrested after the gun duel confessed that they had negotiated with the victim to pay a ransom of N2m before they were confronted by Amotekun.

He said “It was when we were going that Funmi asked the man whether he has N10m and the man said he doesn’t have such amount. But he later told the man to tell his people to bring N2m for his release. Kunle was the one handling the gun used for the operation.”

While thanking God for his life and the timely intervention of Amotekun, the victim narrated that his abductors negotiated for his ransom while on motion as he was said to be blindfolded and made to lie down in his vehicle, a Toyota Highlander which was used to kidnap him

“They told me to call my family to get the money ready and the money was raised. They said the money should be taken to a place between J4 and Ajibandele in Ondo State. But Amotekun had rescued me before they could collect the ransom.”

Attributing the successful rescue operation to the ongoing Operation Clean-Up by the corps in the state, the Amotekun Commander, Chief Adetunji Adeleye stated that its intelligence network also aided the operation.

“Our credible intelligence network picked that some criminals are driving recklessly. At that point, we didn’t really know what was in the vehicle but their driving presupposes that they were problems. So we laid manhunt for them and in the Okitipupa area of Ondo State, we were able to apprehend the gang.

“They injured one of our operatives but he is now recuperating in the hospital and they lost one of their member in the shoot out.