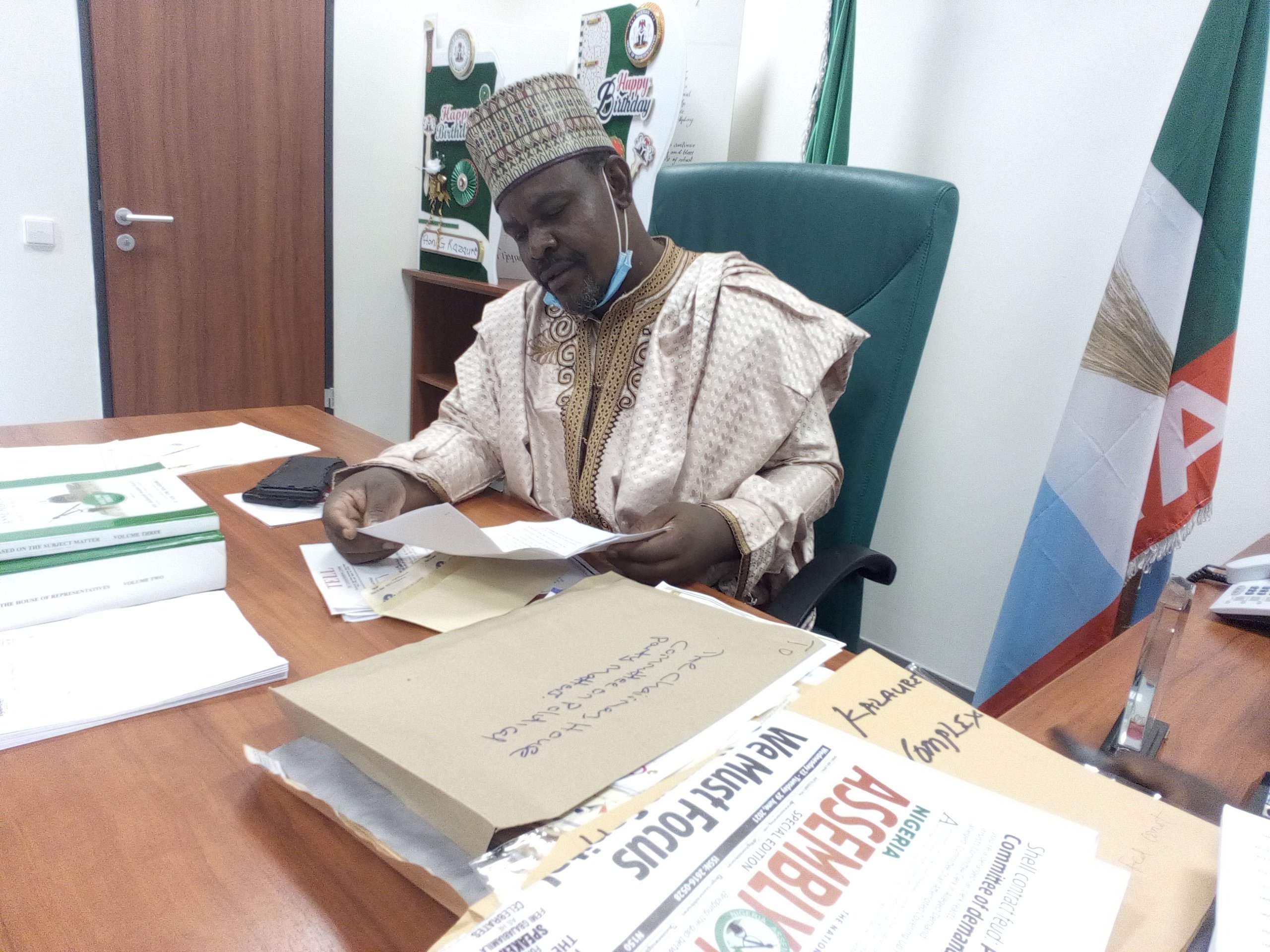 Hon. Mohammed Gudaji Kazaure representing Kazaure/Roni/Gwiwa/Yankwashi Federal Constituency in the House of Representatives has said President Muhammadu Buhari has budgeted the sum of over N5.1 trillion to service stolen funds that plunged the nation into debts.

He lamented that the bar of corruption battle has been lowered and those who stole funds have escaped only for the country to pay up debts at the expense of commoners.

The Jigawa lawmaker, who is a member of the ruling All Progressives Congress (APC) believed that the so-called debts of the nation was the funds stolen, stating that the appropriate thing for Buhari administration to do was to pursue the stolen funds and assets stashed abroad, recover them for the nation.

He spoke with journalists on the sidelines of the 2022’s N16.4 trillion budget presentation by President Muhammadu Buhari to the joint sessions of the National Assembly lawmaker’s on Thursday.

“Nigerian money was looted and buried like dead bodies in the grave, some people have stashed the money abroad. Why can’t government constitute a strong investigative and interrogative Committee to call back these people?

“We have to stop borrowing because we don’t know tomorrow and that is my concern. For example, the former female Petroleum Minister in the administration of President Goodluck Jonathan went away with the sum of $60 billion. This is about five years Nigerian budget.

“If there is real investigation by this government, there are thousands of them and when we investigate, we can spend the next 20 years without borrowing. We will implement budget with our recovered money.

“Sadly, the issue of revenue which they said has gone down; the oil which has gone down in many countries of the world and if we remember in this country before oil was discovered, Nigeria was generating revenue from agriculture. Money generated through cotton and groundnut was used to discover and develop oil and later, agriculture was abandoned.

“Look at our teeming youths roaming about, jobless. Look at our forests currently inhabited by criminals which should have been cleared and used for farming by our teeming youths. If we can do this across the six geopolitical zones, I am sure the nation will have money better than oil. We could fund the budget without borrowing.

“But, most embarrassing is debt servicing which was reflected in the 2022 budget. We are servicing debt of monies stolen. Nigeria citizens never enjoyed the money which we are paying as debts.

“The money that was supposed to be invested in education, railways, health, security and other critical infrastructure would be used to service debts in 2022. The debt that are in individual’s pockets.

“Go round the country, and see the type of buildings some privileged persons and government officials are living and they said, they’re fighting corruption. Go to Maitama in Abuja, Lagos, Port harcourt, you will see people living in mansion and they are government officials.