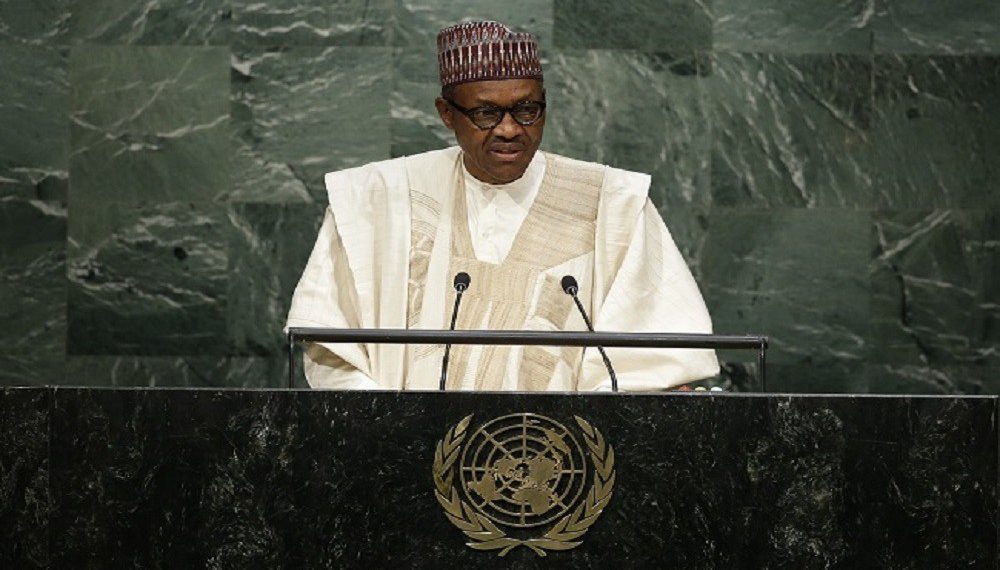 The Nigerian leader will deliver his address at 2 PM Nigerian time (9 AM in New York) to other world leaders during the morning session.

President Muhammadu Buhari will address the 76th Session of the high-level General Debate of the UN General Assembly at the UN headquarters in New York on Friday, the News Agency of Nigeria reports.

The Nigerian leader will deliver his address at 2PM Nigerian time (9AM in New York) to other world leaders during the morning session.

Buhari will speak to the theme of the Assembly and other global issues.

The theme for the 76th session is, “Building Resilience Through Hope – To Recover from COVID-19, Rebuild Sustainably, Respond to the Needs of the Planet, Respect the Rights of People and Revitalise the United Nation’’.

Friday’s session will also include speeches by leaders from The Gambia, South Sudan, Republic of Benin, Senegal and Germany, among others.

The Nigerian leader has participated in some bilateral meetings with a number of leaders of other countries’ delegations and heads of International Development organisations.

Buhari has met with the President of Burundi, Evariste Ndayishimiye, held meeting with Nigeria’s Ngozi Okonjo-Iweala, Director-General of the World Trade Organisation and also attended the UN Food Systems Summit.

The Nigerian leaders also held a bilateral meeting with Her Majesty, Maxima Zorreguieta, Queen of The Netherlands and participated at hybrid High-Level event, tagged “Transformative Actions for Nature and People”.

In addition, the President delegation had participated in other high-level meetings such as the Commemoration of the 20th Anniversary of the Adoption of the Durban Declaration and Programme of Action on Reparations, Racial Justice and Equality for People of African Descent.

The delegation is also attended High Level Plenary Meeting to commemorate and promote the International Day for the Total Elimination of Nuclear Weapons, among others.