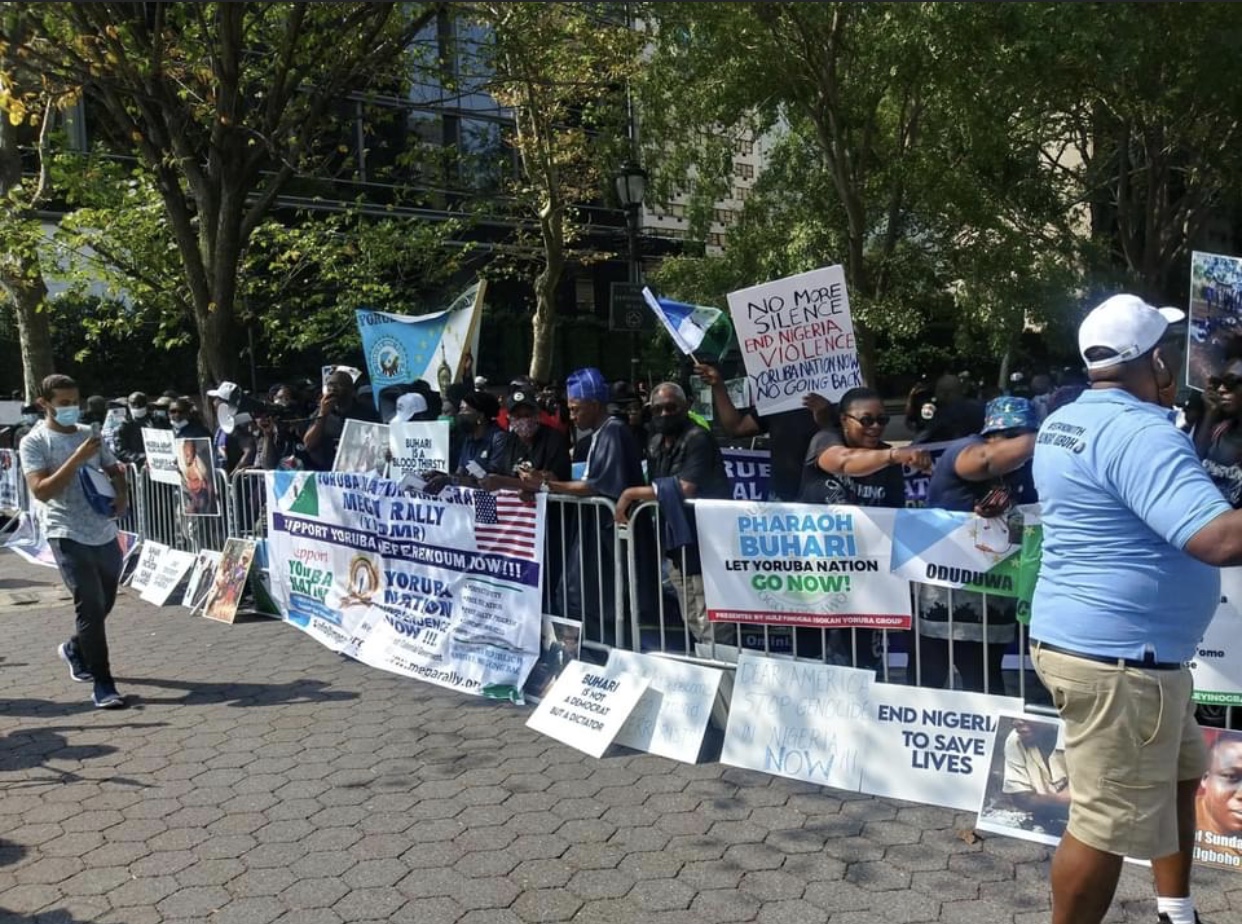 NINAS Chairman and leader of Ilana Omo Oodua, Banji Akintoye, made this known in a terse statement

As President Muhammadu Buhari plans to address the 76th Session of the high-level General Debate of the UN General Assembly at the UN headquarters in New York, on September 24, Oduduwa Nation supporters under the Nigerian Indigenous Nationalities Alliance for Self-Determination have vowed to stage a march.

NINAS Chairman and leader of Ilana Omo Oodua, Banji Akintoye, made this known in a terse statement through his spokesman, Maxwell Adeleye.

He was reacting to a statement by presidential spokesman, Garba Shehu, who on Wednesday said, “For Nigerian diaspora groups to use the world’s largest platform – the United Nations General Assembly – to garner attention to their causes is not unexpected.

“It was, however shocking, to see ‘Yoruba Nation’ advocates yesterday (Tuesday) unequivocally throw their lot in with Indigenous People of Biafra.

“IPOB is a designated terrorist organisation. It has now publicly revealed a 50,000 strong paramilitary organisation.”

Reacting, Adeleye said, “The NINAS Million-Man Freedom March is a success. It really rattles the Buhari Government. The Nigerian Government is now begging the media not to cover our events, trying to paint our march as an IPOB event.

“This is a divide and rule tactic that has failed. NINAS has nothing whatsoever to do with IPOB.

“We should now prepare for the 24th September 2021 when Buhari will address the General Assembly to stage another march.”

The Akintoye-led group had gathered at the UN headquarters in New York on Tuesday “to alert the UN, and the rest of the Global Community that the Union of Nigeria has failed irredeemably; and is now at the verge of a violent disintegration with catastrophic consequences for global peace, and security as our population of over 200 million would become an Instant global refugee nightmare”.