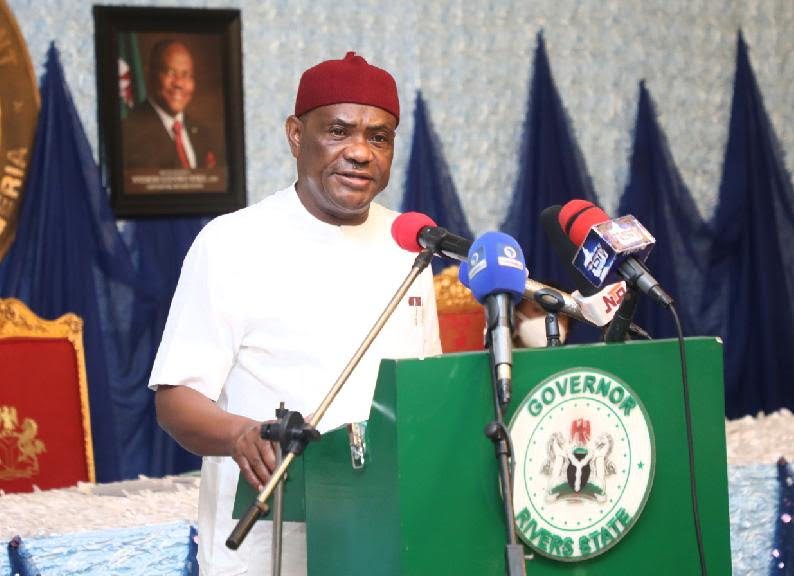 The Rivers State Government appears not to be slowing down in implementing the judgment of the Federal High Court sitting in Port Harcourt which empowers the state government to implement Value Added Tax.

This is despite an Appeal Court ruling in Abuja on Friday, ordering that status quo be maintained by all parties in the matter pending the determination of the instant suit.

However, Governor of Rivers State, Nyesom Wike on Friday, inaugurated a four-man tax appeal commission with a mandate to deal with “complaints arising from those who do not want to pay their taxes, while also prevailing on those who believe that the tax body is doing what it is not supposed to do”.

Speaking during the ceremony at the Rivers State Government House in Port Harcourt, the Governor urged the members of the commission to enshrine a new culture in which taxable persons and entities comply with the relevant tax laws in the state without hesitation.

Justice Bennett Eke Ugbari (rtd) was appointed as the chairman of the commission while Edwin Krukrubo, Owhonda Ihekwoaba Nobel and Mrs. Gift Sovins were appointed commissioners.

The Governor noted that taxes are important sources of revenues for any government to shore up its needs for funds to implement its development agenda.

According to him “It is a very serious assignment at this period as regards to what is going on. So, I believe that you have to take this assignment as a call of duty from your state.

“No country can survive without taxes. And so, you will do all you can to support the government and the citizens to do what they’re supposed to do.

“I have confidence in you; the chairman, that you’ll be able to lead the members of the commission to do the right thing.”

Speaking after the inauguration, the Chairman of the commission, Justice Bennett Eke Ugbari (rtd), said Rivers State needs to generate sufficient internal revenues to augment the statutory allocations it receives from the federal government.

“It is, therefore, the intention of the commission to partner with other relevant tax authorities in Rivers State to generate adequate internal revenue for the state”, he said.

He promised that the commission will carry out its duties in line with the principle of fair hearing, justice and equity.