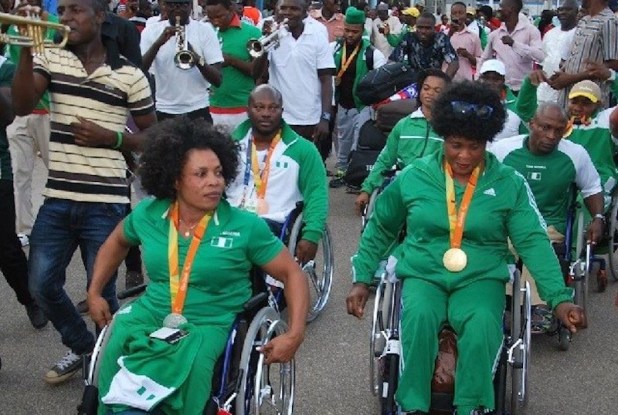 Team Nigeria has ended its 2020 Tokyo Paralympic Games with a total of 10 medals comprising four gold, one silver, and five bronze medals.

Nigeria went to the 2020 Tokyo Paralympics with 22 athletes and won a total of 10 medals.

Lauritta Onye started the closing day of Nigeria’s contest by winning bronze in the women F40 shot put event and Flora Ugunnwa brought icing on the cake with gold in the F54 javelin event.

Flora Ugunnwa threw 18.39 metres to claim a gold medal in the women’s f-54 javelin event and retain the title she won at the Rio De Janeiro 2016 games.

Nigeria are currently third on the log while South Africa’s four gold, one silver, and one bronze medal place them fourth with Morocco in the fifth with three gold, four silver, and two bronze medals.