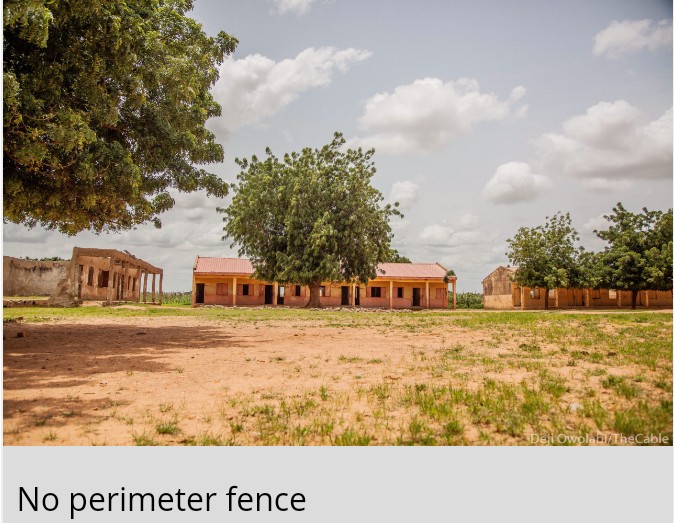 Some of the buildings in the school premises are without windows and doors while the ceilings are starting to cave in.

When TheCable visited on Saturday, the school was deserted as expected following the abduction on Wednesday.

Zainab Ahmed, minister of finance, budget and national planning, had in April said about 62,000 schools in the country were porous and could be easily accessed by external forces.

Security experts have also said the absence of perimeter fencing in most of the schools in the north makes students more prone to abductions.

“A good perimeter fence with well-trained security personnel mounted gates is the first line of defense for schools in this era of student kidnapping. So while having a good perimeter fence is needed and could help control entry and exit, on itself, it is not enough to thwart determined heavily armed terrorists or bandits,” Timothy Avele, a security expert, told TheCable.

Below are pictures of the Government Day Secondary School in Kaya.