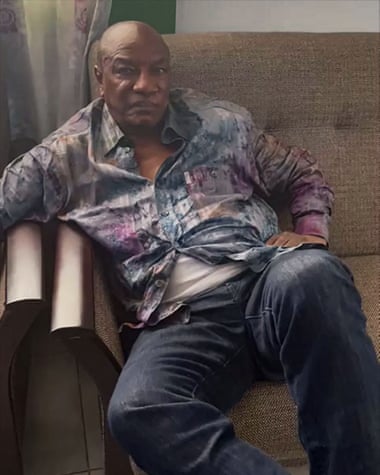 Heavily armed soldiers have successfully launched a coup in the Guinean capital, Conakry overthrowing the country’s President, Alpha Condé. The soldiers who staged the uprising on Sunday afternoon revealed in a short message on national television that they have taken over the West African country. Alpha Condé after he was arrested They announced they have […] 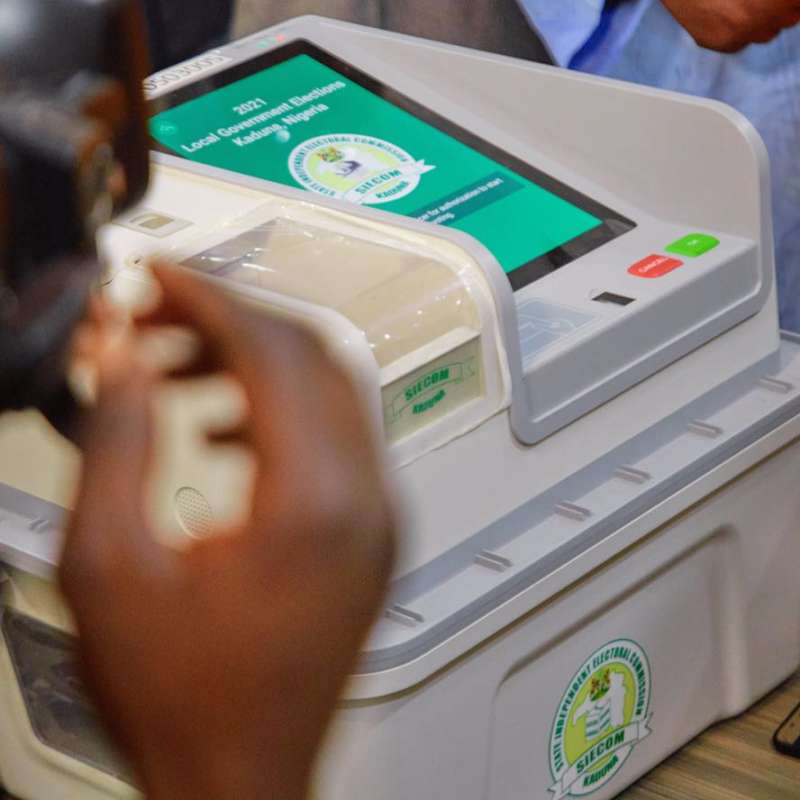 At least 41 polling stations were snatched by hoodlums during the Kaduna State Local Government elections on Saturday. The chairperson of the Kaduna State Independent Electoral Commission (KADSIECOM), Saratu Audu-Dikko, confirmed this in an interview with reporters in Kaduna on Saturday. Audu-Dikko said the devices were stolen in Giwa and Igabi Local Government Areas. According […]

We Will Defend Sunday Igboho With Our Last Breath, Prof. Akintoye Vows 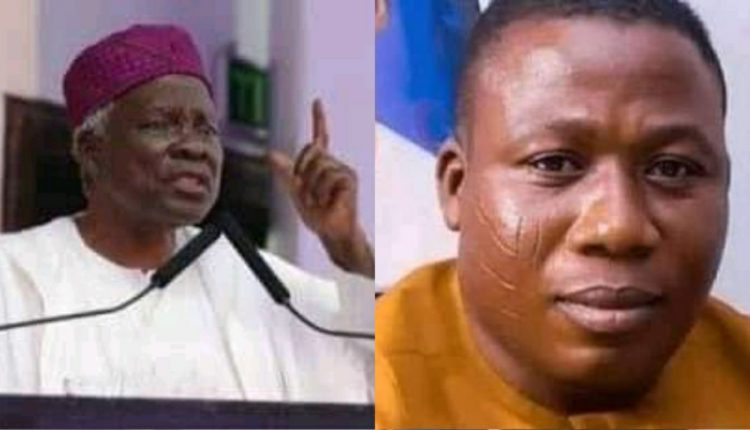 Leader of the umbrella body of Yoruba self-determination groups, Ilana Omo Odua, Professor Emeritus Banji Akintoye, has vowed not to abandon Sunday ‘Igboho’ Adeyemo. Sunday Igboho is currently locked up in prison in Benin Republic after fleeing the Department of State Services, DSS, in Nigeria. Akintoye told Vanguard that he would not return to Nigeria […] 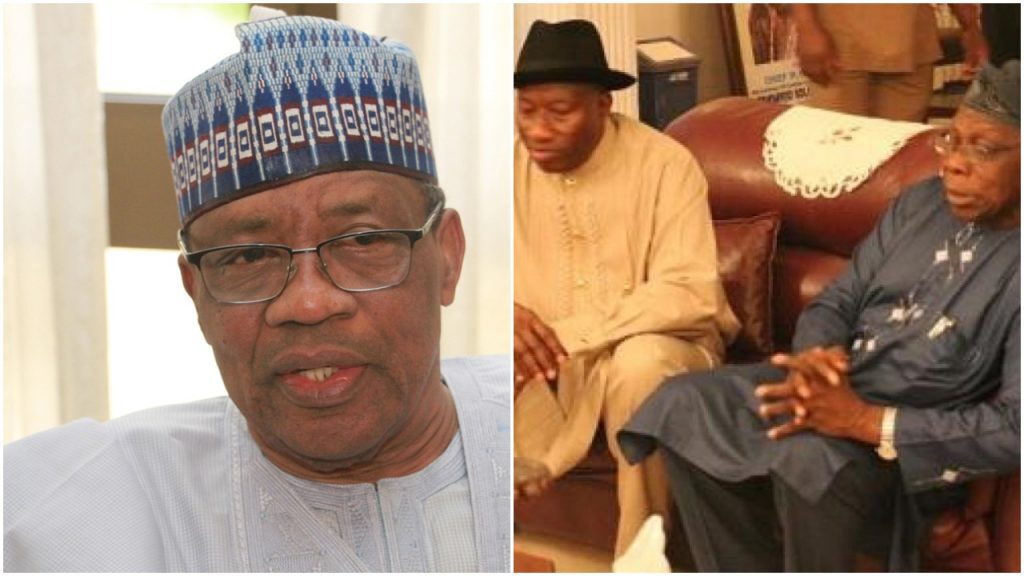 Former President Olusegun Obasanjo has warned Southwest leaders not to back the presidential campaign of Ibrahim Babangida (IBB) over Goodluck Jonathan in 2011. This was made known by a former Minister of Works and Housing, Adeseye Ogunlewe. He recalled that some members of the PDP had started campaigning for former military president, Babangida, to become […] 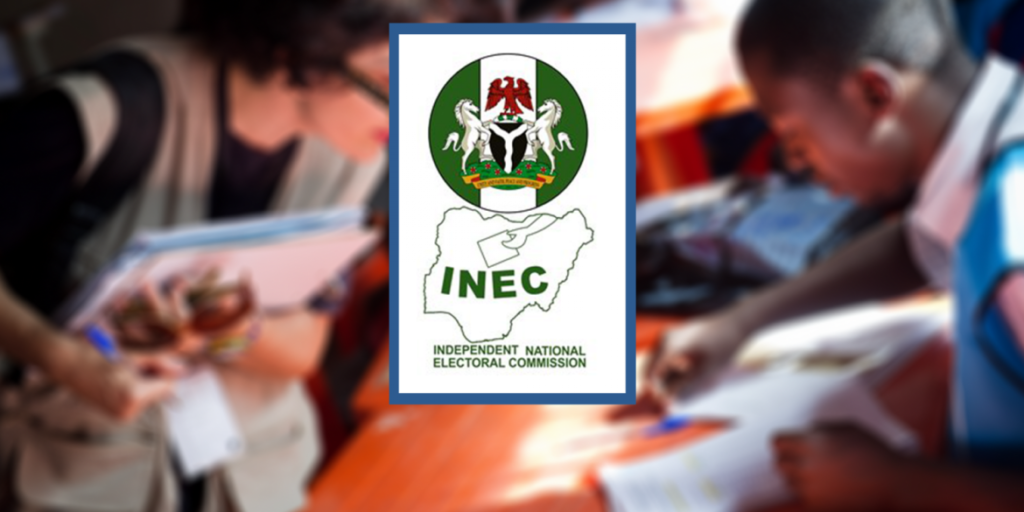 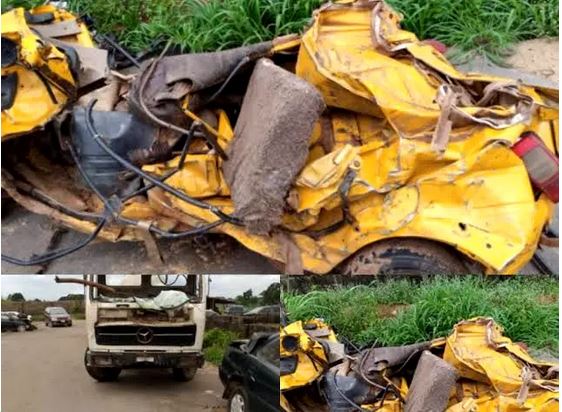 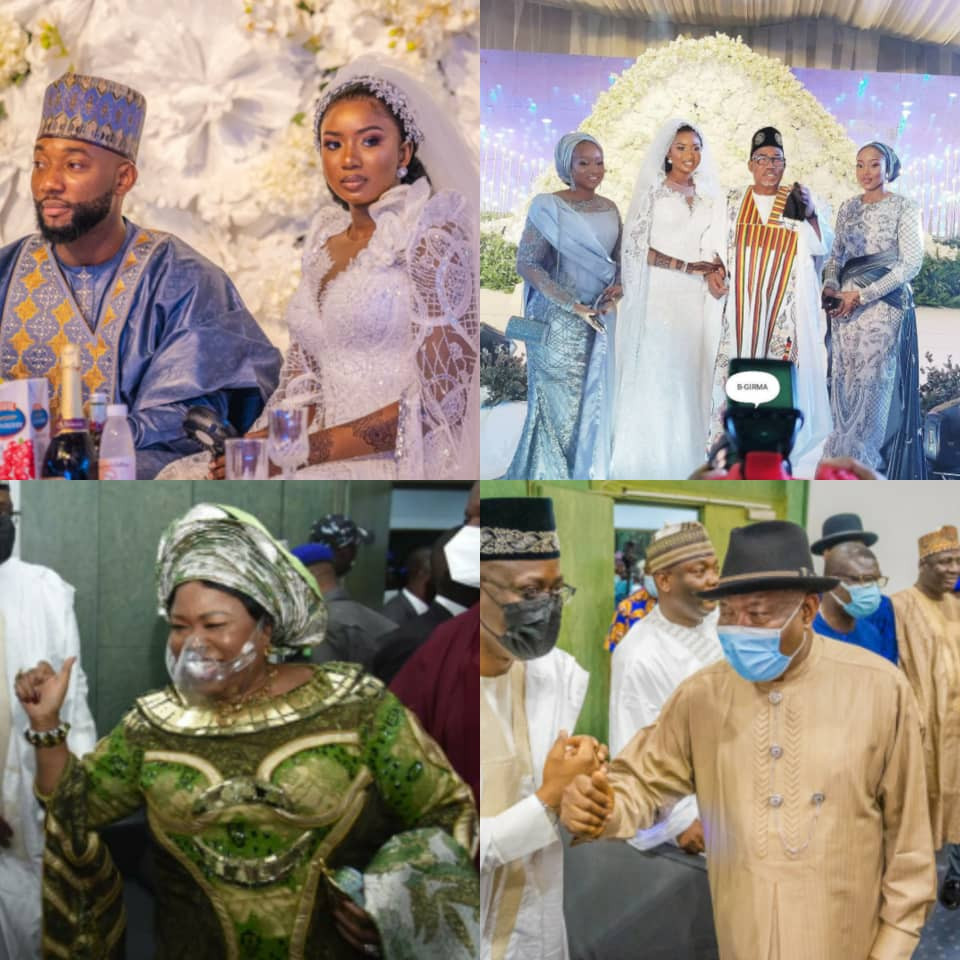 Dignitaries in attendance were former President Goodluck Jonathan; Senate President, Ahmad Lawan, Governor Seyi Makinde, among others. Recently, on Friday night, September 3, the wedding reception of Dr. Hauwa Mohammed, daughter of the Bauchi State Governor, Bala Mohammed and her husband, Mohammed Lawal, was held. The big event was held in Abuja and was attended […] 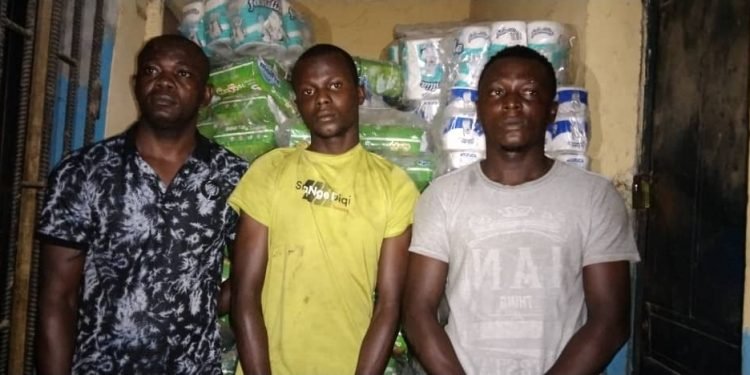 The police in Ogun said they were arrested in connection with the diversion of goods belonging to one Hayat Kimya Company. Oluwaseyi Oyetunde, a driver of a company in Ogun State, has been arrested alongside two others for allegedly absconding with goods worth N4.7 million meant for a customer in Lagos State. The police in […] 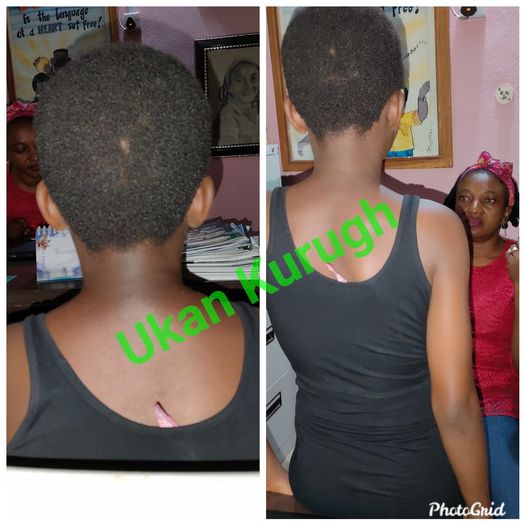 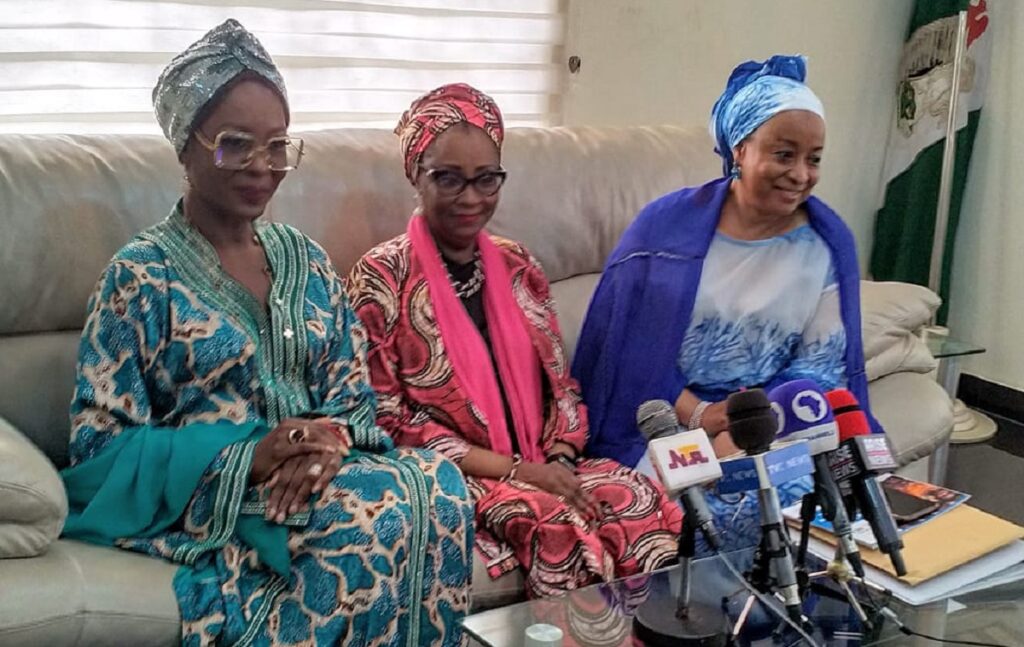 The wives of the 19 Northern State Governors have raised the alarm over the kidnapping and killing of their children from their religion by bandits. They called for the total extermination of banditry for children in the region to feel at home with schooling and also participate in national developmental initiatives. The Chairperson of the […] 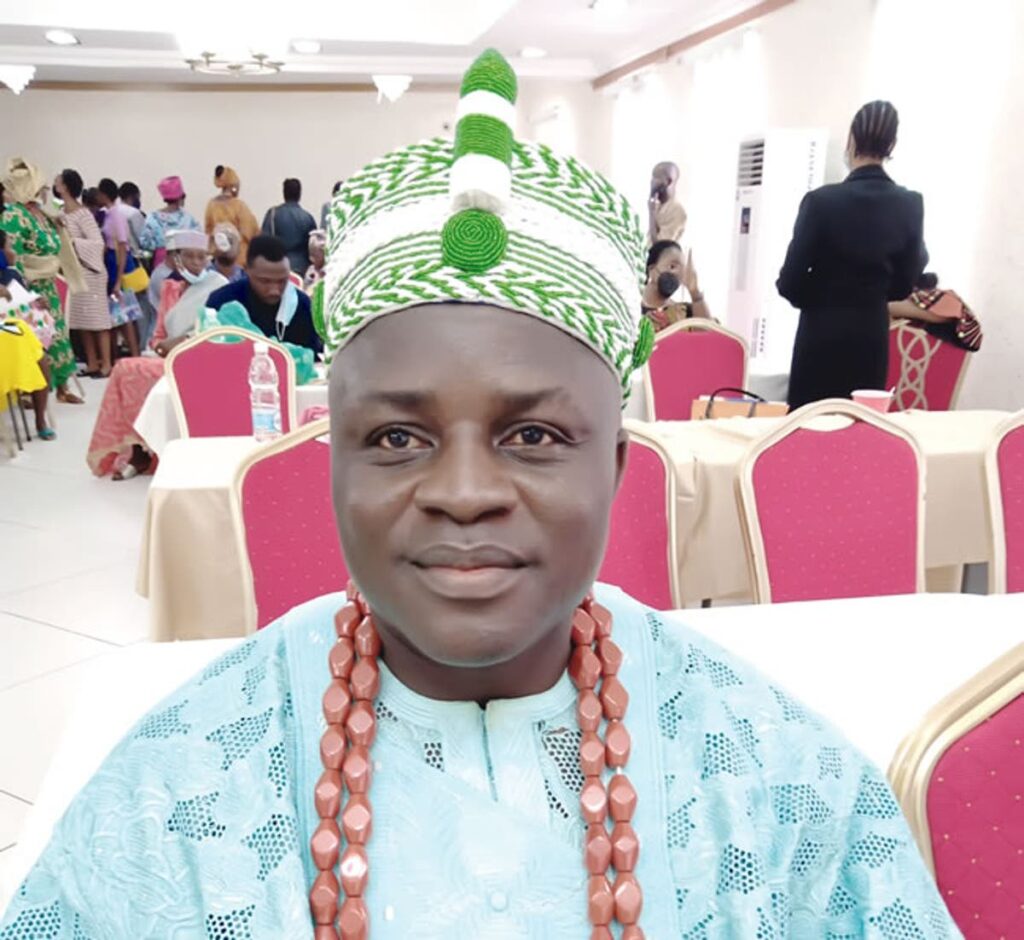 Oba Gabriel Ayodele Adejuwon, the newly-inaugurated chairman of the Ekiti State Council of Traditional Rulers and Onisan of Isan-Ekiti has said that President Muhammadu Buhari-led Federal government cannot sit in Abuja and seize the land for grazing routes. The monarch said every community has its own authority over the lands and nobody can come and […] 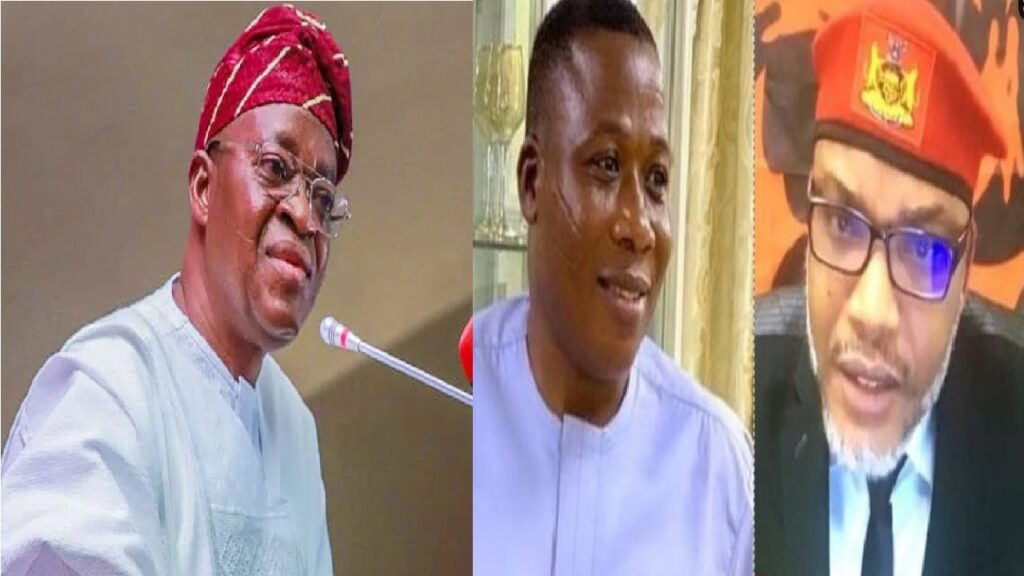 Osun State Governor, Gboyega Oyetola, has said the Yoruba Freedom Fighting, Sunday Adeyemo, popularly known as Sunday Igboho and others agitating for a Yoruba Nation and the Biafra Republic as “unserious” people. The governor disclosed this on Sunday as a guest at the News Agency of Nigeria (NAN) forum, the flagship interview platform of the […]