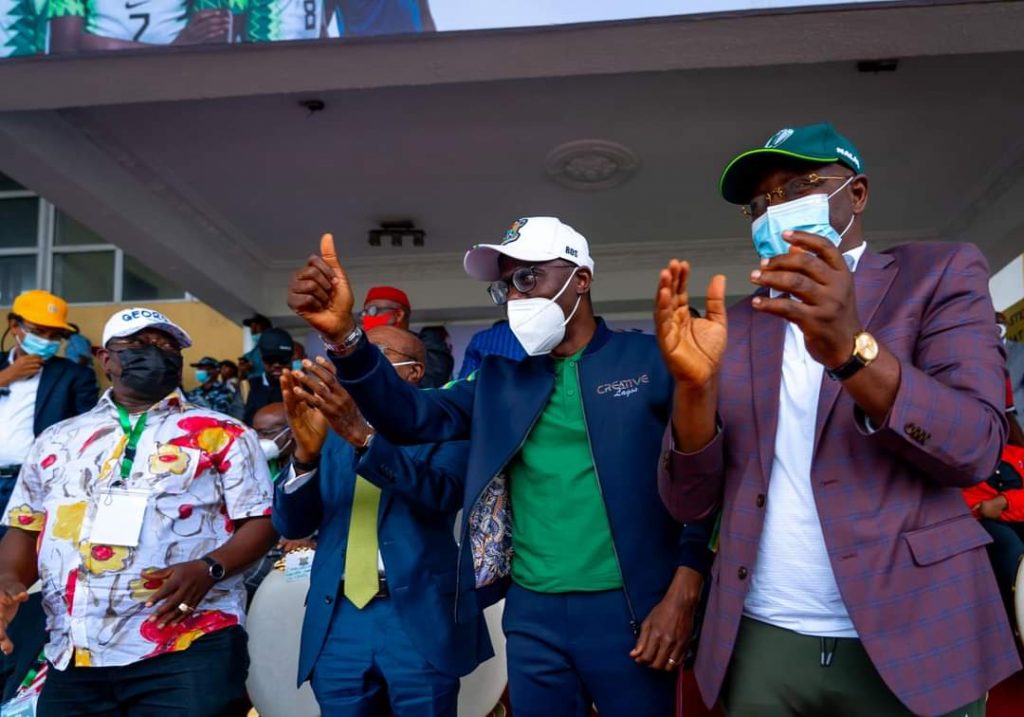 Babajide Sanwo-Olu, the Lagos Governor, on Saturday revealed he could not contain his excitement during Nigeria’s soccer outing against Liberia.

The Super Eagles took on the Lone Stars on Friday in a 2022 World Cup Qualifier.

In a post on Facebook, Sanwo-Olu hailed the players for their performance and for making him and other Nigerians happy.

“With Lagos comes a spirit of victory and like every football loving Nigerian, I jumped out of my seat when Kelechi Iheanacho scored the two goals that gave us victory.

“A big congratulations to our darling Super Eagles on their convincing victory over the Lone Stars of Liberia in their World Cup qualifying match”, he wrote.

The Lagos helmsman assured the state government will continue to position the Teslim Balogun Stadium as the first choice for big sporting events.

Named after a former professional football player, the facility in Surulere, opposite the National Stadium, has a capacity of 24,325.

Nigeria now tops Group C. However, Iheanacho and other England and Scotland based players will make the trip to Cape Verde due to COVID-19 travel restrictions by the United Kingdom.