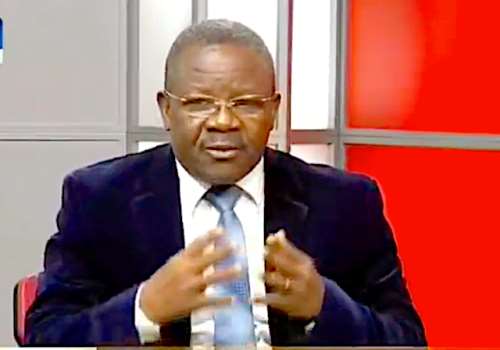 According to the Director Defence Information (DDI), Major General Benjamin Sawyerr, Olawunmi was only invited to provide more information and answer some questions after his revelations as touching Islamization agenda and the presence of some Boko Haram sponsors in top echelons of government.

The Defence spokesperson said Olawunmi was only invited by text message to shed more light on his submissions during the interview in the hopes that it will help the Armed Forces in the ongoing fight against terrorism in the country.

There had been reports that the federal government had declared the ex-Naval officer wanted after his ‘explosive’ interview last Wednesday.

Olawunmi, a Professor of Global Security Studies, had said, “You remember this Boko Haram issue started in 2012 and I was in the military intelligence at that time. We arrested those people. My organisation actually conducted interrogation and they (suspects) mentioned names. I can’t come on air and start mentioning names of people that are presently in government that I know that the boys that we arrested mentioned. Some of them are governors now, some of them are in the Senate, some of them are in Aso Rock.

“Why should a government decide to cause this kind of embarrassment and insecurity to the sense of what happened yesterday (Tuesday attack on Nigerian Defence Academy)?”

But reacting in a statement on Saturday, Sawyerr said there is no truth in the reports that the ex-Naval officer has been declared wanted by the government.

“Please gentlemen of the press. There is a Sahara reporters online news that The DIA has ordered for the arrest of Cdre Olawunmi rtd. This is false and not true. We are issuing a statement soon.

“You recall he said he has privileged to lots of information during his media interview on Channels. He was only invited through text message to come over as a retired military officer to shed more lights with the information that would assist the AFN to further fight against terrorism, insurgency and banditry.

“Also recall that the CDS has just concluded his tour of the 6 Geo-Political Zones where he solicited for the support and cooperation of retired military officers. Arrest of persons was not part of it,” Sawyerr said in his statement.

Also, a senior intelligence officer with the Defence Intelligence Agency (DIA) quoted on the basis of anonymity by PR Nigeria also denied the arrest of retired Navy Commodore Kunle Olawunmi.

The source added further that the retired military officer was never declared wanted for granting the interview in which he made some startling revelations.

“The DIA had no intention was so ever to invite him until when other retired senior and serving officers, especially of the intelligence corps advised that he could assist the security service with vital information for counter-terrorism.

“The invitation was not even formal. It was a phone call by an officer that he knows. We have no reason whatsoever to declare him wanted when he knows how the system operates,” the source declared.