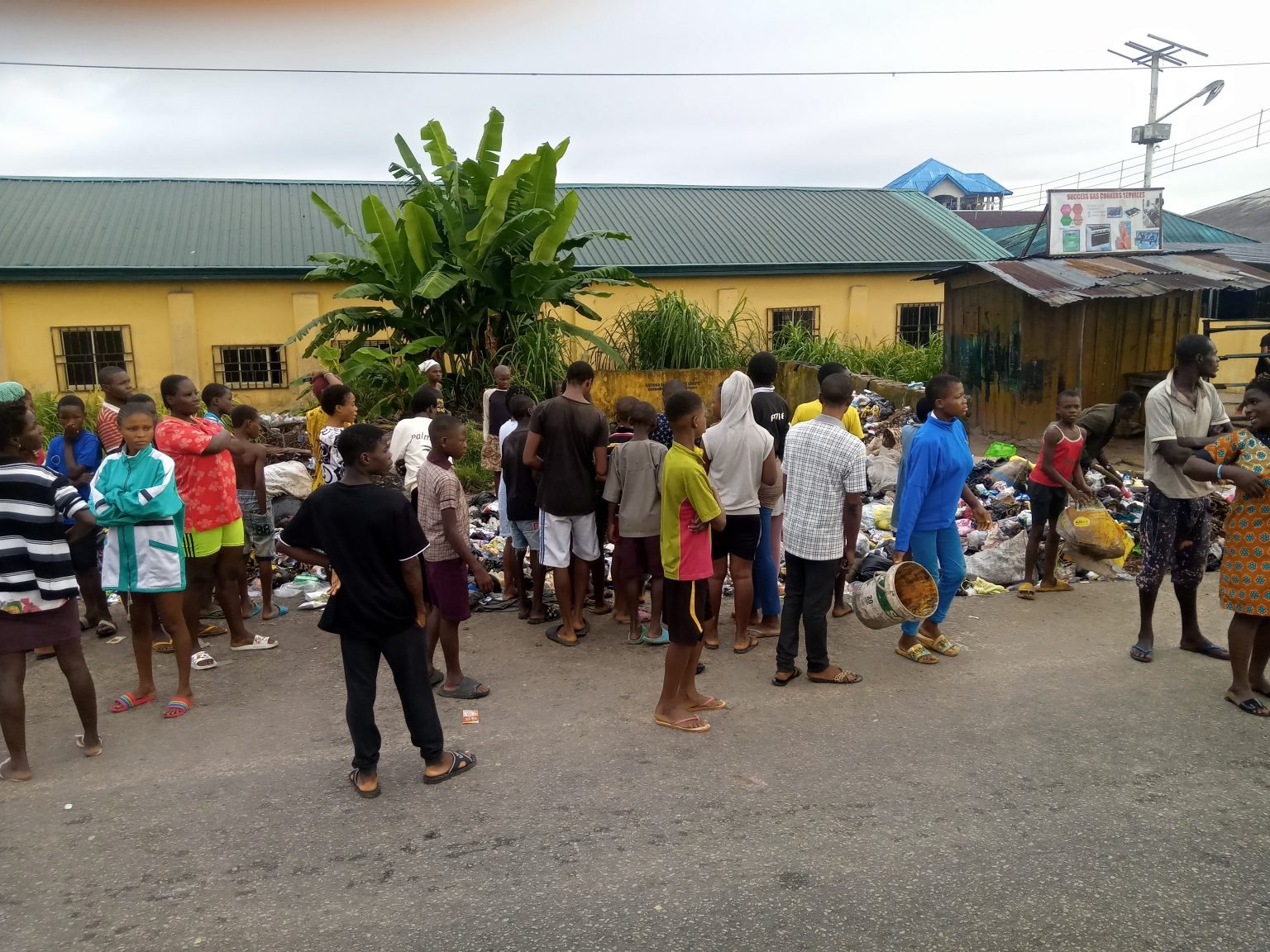 It was tears, wailing and curses on Saturday morning when a newborn baby boy was found dead at a public dustbin in Okaka community, Yenagoa, the Bayelsa state capital.

The abandoned corpse of the baby was discovered by residents of the area who came out early to dump refuse collected from their homes during the monthly sanitation in the state.

At the time of visit, women were seen laying curses on the unknown mother of the deceased boy.

According to a mother, madam Jane Lagos, “It will not be well with this woman who abandoned this innocent child here to suffer and die under the cold of the night,” I was at home this morning when I heard people talking about the ugly incident, so I immediately ran down to witness it, behold I saw the baby.

“As a mother, it is devastating for a woman to carry a baby in her womb and after 9 months of the pains of labour, abandoned the child this way to die. We are talking about the life of a human being here ; this is painful for a woman to do this.”

The President of Yenagoa Federated Youth council, Mr. Ineife Perekosifa, attributed the cause of incident to poor parenting and lack of care by guardians.

He said, “Our campaign as a body has always been strong against teenage pregnancy, which could be one of the possible causes of this incident.

“Our campaign will not stop until we reduce the high rate of teenage pregnancy and other effects of it.

I’m concerned because this is a potential that has been wasted this morning, and we pray that the government of the day will put in place the needed apparatus to curb this menace that has affected the state as a whole.

This is the third in just a few weeks It started in Okutukutu community, then later in Opolo and now it’s here in Okaka; a wrong precedent that is now becoming a norm, and it’s something we won’t take likely. We will consult with stakeholders and communicate to the masses our next action.

As at 9 am, the police and officers of Ekeki division were seen around the area maintaining peace, but the corpse was still at the site despite several efforts by concerned residents.

Men of the state sanitation authorities and other health workers visited the site severally and left without evacuating the corpse.