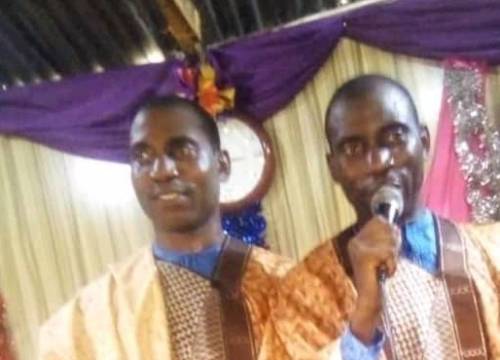 Two young pastors identified as twins, Taiye and Kehinde Sonaike, are currently on the run after allegedly defiling a 12-year-old girl at the Oworonshoki area of Lagos State and impregnated her in the process.

The brothers were said to have been indulging in the act for over a year but only recently resulted in pregnancy.

A child rights advocate revealed that the twins allegedly connived with a nurse whom they paid N11,000 to abort the pregnancy.

However, prior to the abortion attempt, the young girl spoke to her mother and this led to the arrest of the nurse, who was later released.

Meanwhile, the alleged rapists have been on the run and there are no traces of them or their family members in their area, the advocate said.

“They paid the sum of N11, 000 to the nurse who was to abort the pregnancy for the girl. Unfortunately for them, the girl opened up to the parent on Tuesday night while the abortion was supposed to take place on Wednesday night.

“Out of pain, the victim’s mother poisoned herself but she got help and is now healthy.

“The case was transferred to one activist who referred them to Mirabel sexual assault referral centre in Ikeja, Lagos where medical examination was carried out on the girl.

“Last Friday, the case was reported to the police station and the police arrested the nurse who attempted to abort the pregnancy but the nurse has been released on bail.

See also  PHOTOS: This is The Building Where Nigerian Activist, Toyin Salau's Body Was Found in Florida

“However, the two men who carried out the act are on the run. They fled from the area with their family members. It has been over one week now and they haven’t been found.”