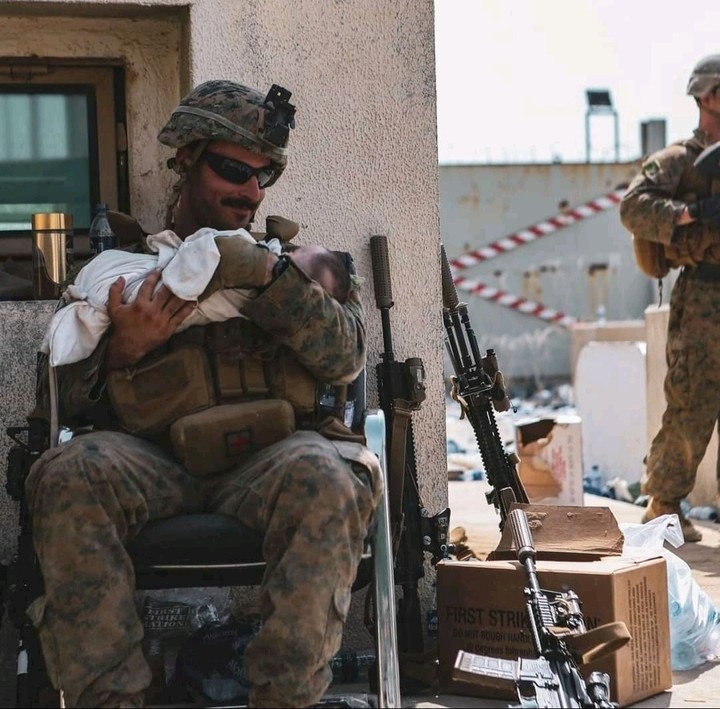 Here’s A Heart Warming Photo Of A U.S Soldier Man Nursing The Afghan Baby That Was Handed To Them By Its Mother.

U.S. service members and coalition partners are assisting the Department of State with a Non-combatant Evacuation Operation (NEO) in Afghanistan.