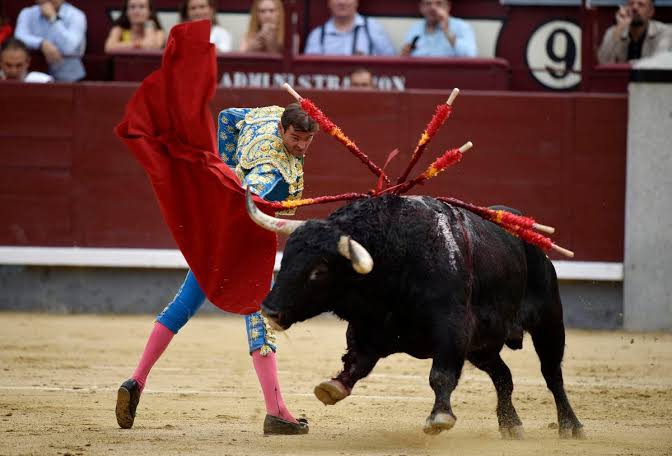 The northern Spanish city of Gijón on Thursday called off its century-old bullfighting festival.

The city called off the popular event accusing bull breeders and the organisers of “crossing various lines.”

This was after two of the bulls slain this week were named “Feminist” and “Nigerian”, The Guardian UK reports.

Addressing the reporters, the city’s socialist mayor, Ana González, said, “The bullfighting festival is over.

Citing growing opposition among city residents, the Socialist party had decided at its most recent congress to do away with the 133-year-old Begoña bullfighting festival.

According to González, bullfighting was being “used to display an ideology contrary to human rights.”

However, proponents of bullfighting are arguing the controversy stemmed from a misunderstanding of how bulls are named.

The organisation in charge of 345 breeders of fighting bulls, Unión de Criadores de Toros de Lidia, linked the names to regulations set out by Spain’s ministry of agriculture.

In a statement, the organisation said that names were given for easy tracing of bulls, adding that the protocol sees bulls given the names of their mothers.

They explained in the statement that the bulls that were slain in the past weekend were “descended from the cows ‘Feminist’ and ‘Nigerian.’