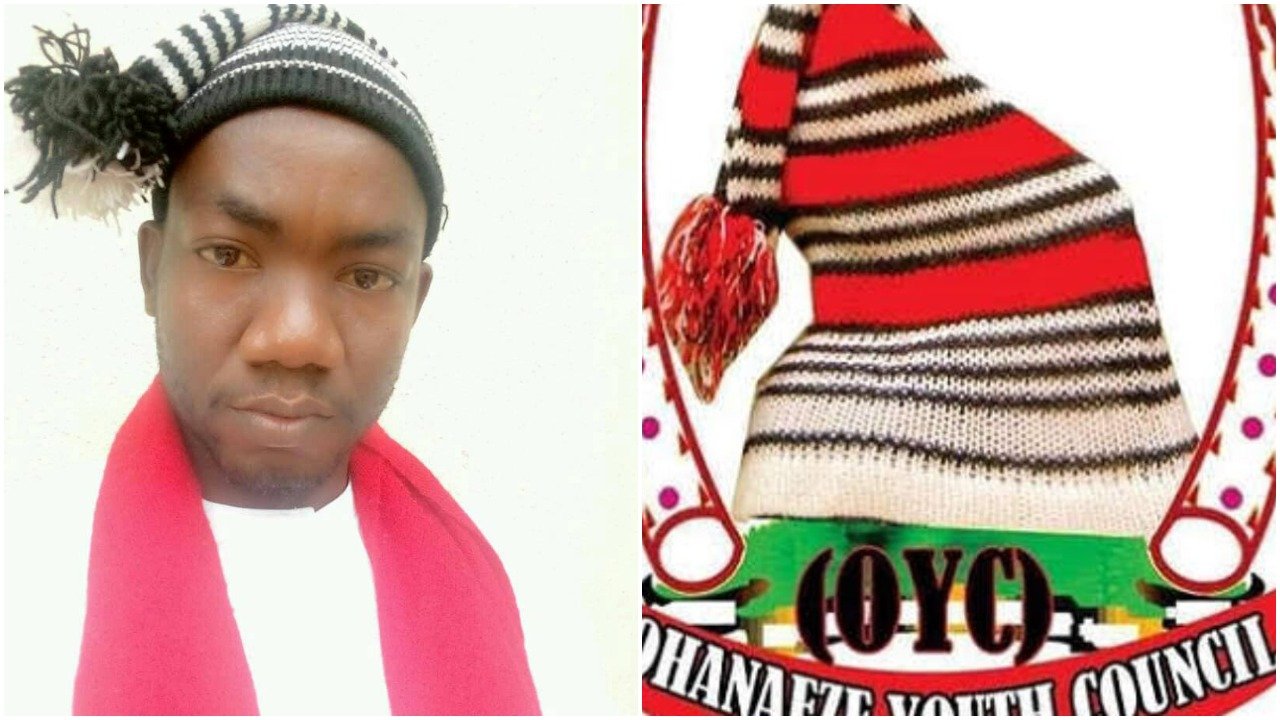 Comrade Igboayaka O Igboayaka is the National President of the Ohanaeze Youth Council (OYC). In this interview with DAILY POST correspondent in Owerri on Thursday, he speaks on various issues as it concerns the place of Ndi-igbo in the Nigerian political hemisphere.

He insists that Nigerians should vote for a president of Igbo extraction.

Ahead of the 2023 election, you have continued to support a Nigerian president of Igbo extraction; what is actually your motivation?

Nigeria president of Igbo extraction is a favor to all Nigerians, not even to Ndigbo. In fact, the deliverance of Nigeria from the shackles of bad leadership is the coming of an Igbo person in 2023 to govern Nigeria. An Igbo person is the only true Nigerian, that’s why they settle and have properties all over Nigeria. Let me tell you, Fulani political oligarchy made a terrible mistake, they could have enjoyed why God miraculously made Ndigbo to be part of Nigeria. If they fail to realize this favor in 2023, they wouldn’t have it again. By the end of 2022, there will be a sign if Ndigbo will be part of Nigeria again or they will have their own separate country.

What is your reaction to the alleged marginalization of Ndigbo in this current administration?

Marginalization of Ndigbo didn’t start with the recent or present administration, but it started from 1970 when none of the 3rs of Gen. Gowon was implemented in any part of Igbo land. Ndigbo have faced marginalization since 51 years (1970-2021)

How do you rate leadership in the southeast? How well has the governors performed and shown interest in the cause of Ndigbo?

There are no leaders in the southeast. What we have here are rulers and emperors, political maradonas who dribble the masses with empty unimplemented promises. Leadership requires intelligence and wisdom, but we have parochial set of political profiteers in southeast and instead of solving problems, they are creating more problems to Ndigbo. Look at what Southeast has turned to within a space of five months. Insecurity has become one of the characteristics and symbols of governance in the Southeast. Gov. Umahi who is the Southeast Governors Forum lacks the capacity and political-will to provide security for only five states, yet we want to be a president of 36 states in 2023. This can only happen in a Jungle Republic not even in Zoo Republic, because in zoo there’s absolute orderliness. It’s funny that Gov. Umahi couldn’t protect the lives and property of Ebonyians and sitting on the pool of blood of his people. Ebonyi that’s not more that seven million people, yet insecurity is the order of the day, and Gov. Umahi wants to govern Nigeria with over two hundred million people.

If you’re asked to suggest for the parent body of Ohanaeze Ndigbo, what will you want the leadership of Amb. Obiozor to embark on?

They should first identify with Ohanaeze Youth Council (OYC). The success of every leadership is to work with the youths, not just youths but progressive and visionary youths which Ohanaeze Youth Council represents. The council has already presented 11 points socio-political, cultural, and economic agenda to Amb. Prof. George Obiozor-led Ohanaeze Ndigbo. I strongly believe that Ohanaeze Ndigbo World Wide will henceforth have economic and political value to Ndigbo under the erudite leadership of PG Amb. Prof. George Obiozor. For many years, Ohanaeze Ndigbo had no iota of economic and political value to Ndigbo, but Prof. George will change the narrative as a diplomatic reformer. We want Ohanaeze Ndigbo that’s administratively organized that will represent the identity of a customary government to Ndigbo, thereby give sense of leadership direction to the whole Igbo race in the world.

The troubles resulting from the agitations of members of IPOB are unbecoming. What are you doing as a youth leader to bring the youths to the understanding and douse the current tension?

Poor leadership from Southeast leaders, marginalization, and injustice from the federal government led to agitation of Pro-Biafrans, MASSOB, Ipob, BIM, Eastern Progressive Congress, MOBIN, Zionist, Biafra National Council, etc. Ndigbo needs Seaport, International Airport, Modern Railway, Industrial Gas Pipeline, and National Electric Grid. Nigerian constitution is a fraud drafted to favor the Fulani people. Nigerian constitution should be put in a trash bin for a new constitution that has the face of Nigerians, not a constitution that has the face of Fulani people. We need a restructuring that all Igbo communities will be carved into one region, and regional government should be introduced. With the level of marginalization against Ndigbo today, Nigerian government is like a mad man walking on a thin rope with shaped blade.

What will be your message to the youths and what is the Nigeria of your dream?

Youths will not go to war while fighting themselves. If the elders caused war, the youths will force the elders to go and fight the “war.“ The youths must know that the Igbo nation belongs to them, so we must seek their survival by every peaceful means. Any crisis or violent act affects the youths more than the elders, so I want to urge my people, no matter the provocation, we can never pick guns or any other weapon and go to war against any ethnic nationalities in Nigeria again. Youths are the real ambassadors and stakeholders of Igbo nation, therefore, war is not a means to peace, but a peaceful approach over every demand is a means to avoid war. War is an instrument that interrupts the plans of the youths, therefore, we must avoid any violent plan and attack in the quest for self-determination.