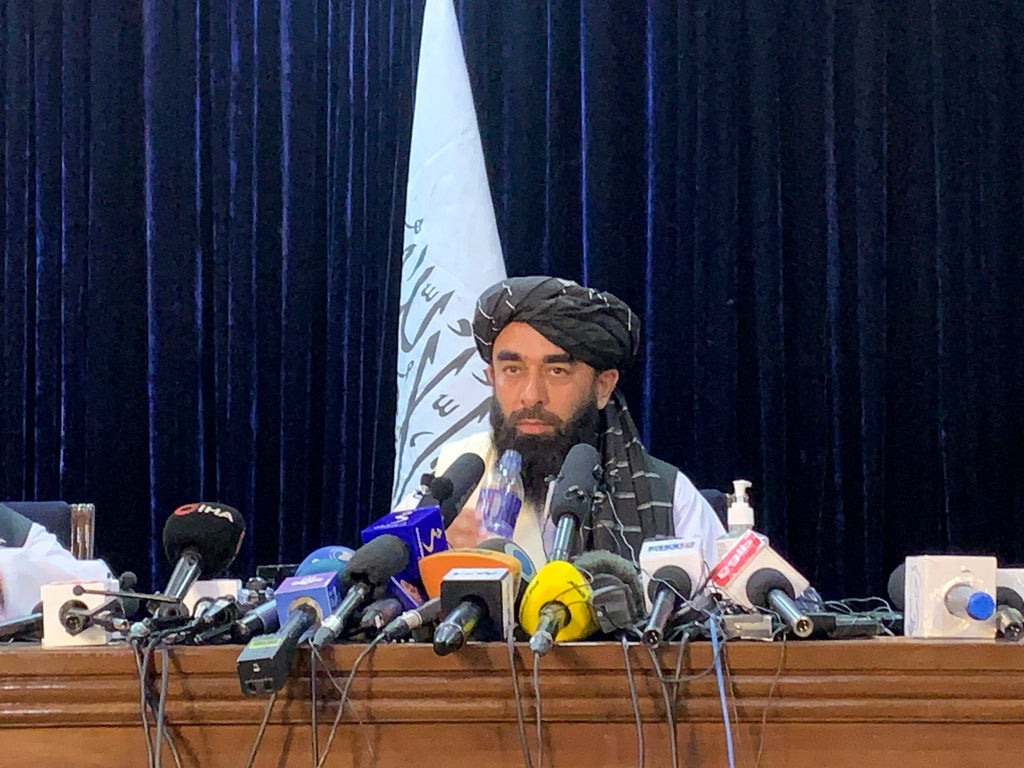 Afghanistan’s have been assured of law and order by the Taliban.

Giving his first press conference on Tuesday, August 17, Taliban spokesman, Zabihullah Mujahid, said women’s voices would be heard, though under the confines of Sharia law.

This is one among three key points  observed from Mujahid’s press conference a few moments ago.

Taliban promised no revenge attacks on those who worked with US forces
Women and reporters will be allowed to participate in public life “by Islamic law”
Taliban assured Afghanistan’s a law and order leadership
Having captured Kabul and other provinces unopposed, the Taliban assured Afghanistan and the entire world that there will be no revenge attacks on anyone who worked or fought with the United States.

Mujahid who addressed local and international media stressed that the horrors of their previous rule would not be repeated.

“We want the world to trust us,” Mujahid said.

He added: “I would like to assure all our compatriots, whether translators or those in military activities or civilians, all of them have been pardoned, nobody is going to be treated with revenge,”

He also assured reporters that all foreign embassies and aid organisations would have their security ensured as well.

When questioned about the status of women’s rights and freedom of the press under the Taliban, Mujahid reiterated that both women and the media would be able to work side by side in society within the confines of the sharia law.

Afghan women have been anxious about this development. The return of the Taliban means a return to the hardline restrictions on their freedoms.

“The Islamic Emirate is committed to the rights of women under the laws of sharia,” Mujahid said.

He added: “We are going to allow women to work and study within frameworks,” he said.

“Women will be very active in this society but within the frameworks of Islam. We are guaranteeing all their rights within the limits of Islam,” Mujahid said.

Pushed further on the issue and the exact make-up of those laws Mujahid said that would become clearer once a government was formed.