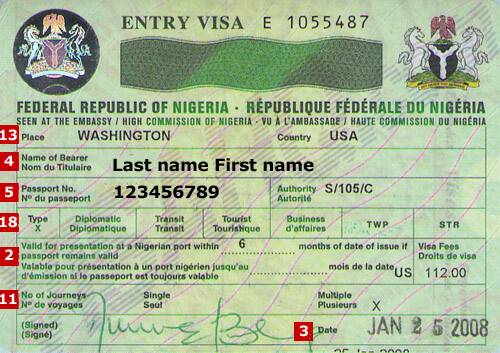 One of the affected Nigerians explained that the ban by the UAE government on Nigerian work permits resulted in the loss of jobs of many Nigerians.

According to a report by SaharaReporters, many Nigerians in the United Arab Emirates have complained of their inability to renew their labour visas in the country.

One of the affected Nigerians, who reached out to SaharaReporters, explained that the ban by the UAE government on Nigerian work permits resulted in the loss of jobs of many Nigerians in the country while others had been forced to return to Nigeria.

He stated further that it was now a difficult task for him and other Nigerian nationals to secure jobs in the country as he lamented that the non-renewal of labour visa was about to earn him a dismissal from his company.

He urged the Chairman, Nigerians in Diaspora Commission, Abike Dabiri-Erewa, to come to the rescue of Nigerians in UAE as the Nigerian Embassy was yet to make serious intervention ino the matter.

He explained that the majority of the companies in the country operated under labour visas for immigrants while a few others operated in a “free zone.”

He said, “We (Nigerians) have been denied work permits here in Dubai since last month. And this is affecting many Nigerians here in UAE. We are not able to renew our work permits once the ones we hold expire.

“I am not the only one facing this problem. Many Nigerians at the company I work for and in other places are experiencing this; we are about 20 Nigerians at this company. Some have been out of jobs and considering this is not their country, they have returned to Nigeria. More Nigerians will still be sent back to Nigeria as long as this issue persists.

“Most companies here are under labour and it is not possible to renew the Nigerians labour visas for now. It is only free zone visas that are being renewed and this free zone visa is only issued to a few persons.

“Another thing is, it is difficult to secure jobs here in Dubai because of the high level of crimes our guys have committed here.

”But those of us who are working legally have had issues with renewing our passport. Please help us call on the NIDCOM Chairman, Abike Dabiri-Erewa, to come to our aid.”

A group representing the interest of Nigerians in the country, Nigerians in Diaspora Organisation, UAE, also revealed plans to start an online protest to register the displeasure of those affected by this.

A post on the Facebook page read, “The Nigeria government should rescue her citizens languishing and frustrated in UAE due to long impasse between the two countries. #RescueNigeriansInUAE #EndTheLongImpasse #StrengthenLaborTies

“We have made submissions and forwarded to the respective Authorities for their perusal. But we wish to second it more with online protests.”