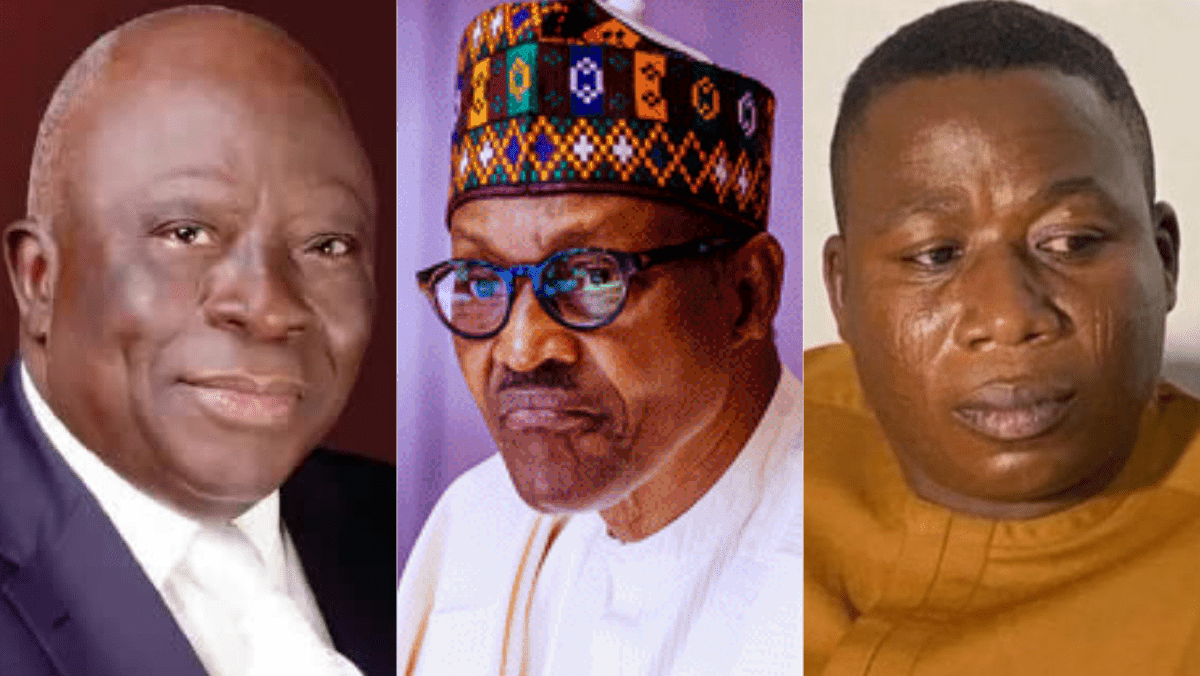 The pan-Yoruba socio-political group, Afenifere said the Federal government had no right to proscribe any group in as much as the organisation is not involved in any criminal activity.

According to PUNCH, the leader of the group, Pa Ayo Adebanjo, said any attempt to proscribe Yoruba Nation group is an act of dictatorship.

It reported that Umar Gwandu, Special Assistant on Media and Public Relations to the Attorney General of the Federation and Minister of Justice, Abubakar Malami (SAN), disclosed that the Federal Government would explore all options within the context of the law including proscribing the Yoruba Nation separatist group to ensure a peaceful and united Nigeria.

The Afenifere leader said, “We are not members of the group but the government has no right to proscribe any organisation in as much as the organisation is not involved in any criminal activity. What criminal activities are they involved in? They have a right to exist. Why has (British Prime Minister), Boris Johnson, not proscribed the Scottish Nationalist Party campaigning for Scottish independence from the United Kingdom?

“You may not agree with Igboho or Akintoye but they have a right to exist. It is an act of dictatorship for the AGF office to say it may proscribe an organisation in a democracy. Under what right? They have no right to do it.”

The 93-year-old, Adebanjo said it was the refusal of the President Muhammadu Buhari government to restructure Nigeria to federalism that birthed the Prof Banji Akintoye and Sunday Igboho’s group.

“We have been saying it that Igboho is asking for secession because the government does not want to restructure back to federalism. We made that clear. It is the act of the government’s refusal that is encouraging the Igbohos and Nnamdi Kanus. And they (government) know it,” he said.

A member of Igboho’s legal team, Pelumi Olajegbensi, said the Federal Government should focus on addressing the grievances of the people rather than chasing self-determination proponents.

He said, “Why are people demanding for a country of their own? It is because of the reckless injustice affecting the state. It is because people don’t feel comfortable and safe within the Nigerian nation. So, if people are safe and they believe their interest is secured within the political structure called Nigeria, there will be no need for self-determination and Yoruba Nation.

“Yoruba Nation is the feeling of the people that if this country cannot work, they deserve a country that can work.

“The Federal Government should channel its energy to give the people a country that they will be proud of rather than grandstanding and acting as if the country is all about some people. The Federal Government should channel its energy in addressing the challenges so that people can be willing to associate with Nigeria and call the country their own country because it will shock us one day that even some people from the North and Middle Belt, will begin to demand a country of their own when this government or any government is not doing what it should do. No nation can continue with this level of injustice, it is not possible. Instead of threatening people, the government should build a country that the people can happily associate with.”