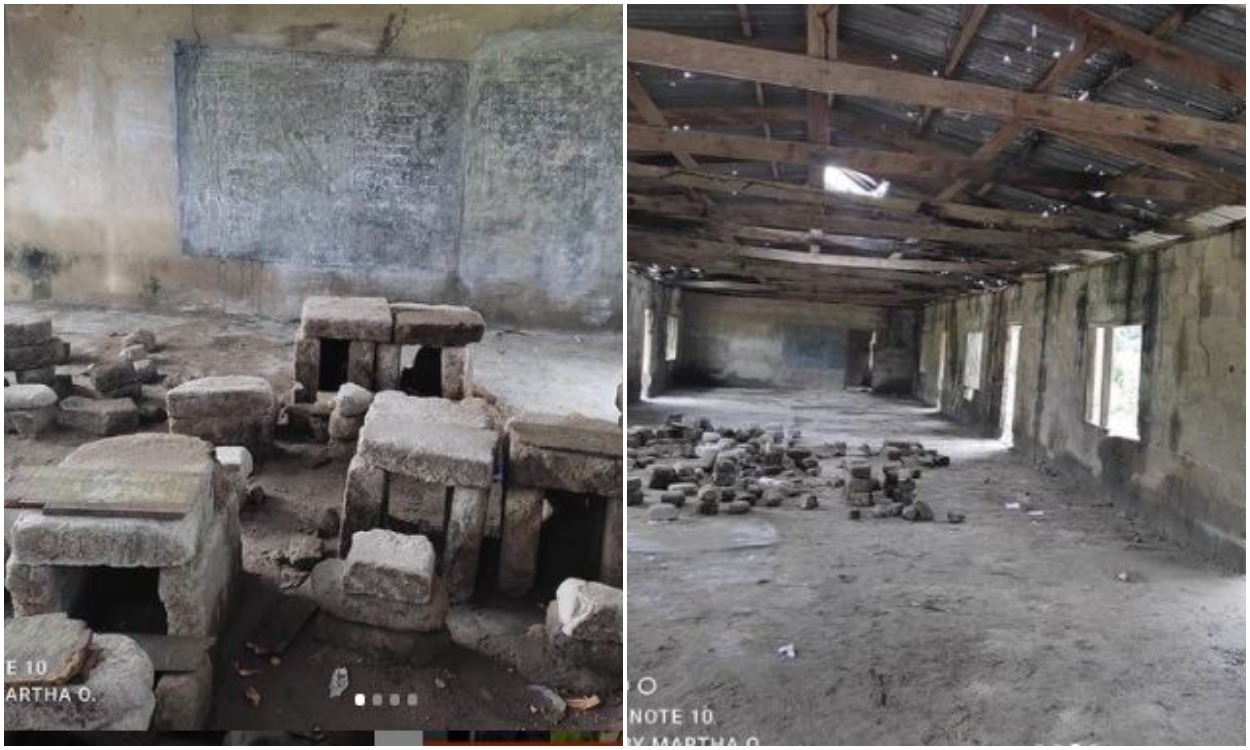 A disturbing photos from a classroom in a community primary school in Etche Local government Area of River state has surface social media stirring reactions.

In the photos that have become a growing sensation, pictured a decaying dilapidated classroom building where primary school pupils are subjected to take and perform their daily learning experiences.

The photo captured blocks in segments moulded in chair and table form with visible leaking roofs.

According to reports, the photos were taken from a primary community school in Etche local government in River state.

However, the photos were greeted with a storm of reactions by Nigerians who took to social media platforms to slam both the state government and local government for subjecting pupils to such a learning environment.

See some photos below; See the storms of reactions below;

@oluisrael5050 wrote; Is this stone age .. This is terribly bad

@winnie_stone wrote; And there is crude oil in this area. Damn it

@julietakaeze wrote; ‘what have we done to deserve all these? Rivers state that is a one township state should be a haven of sort!’

@nwachichi14 wrote; ‘This country na scam.tour round the states,u will see much more terrifying scenerios