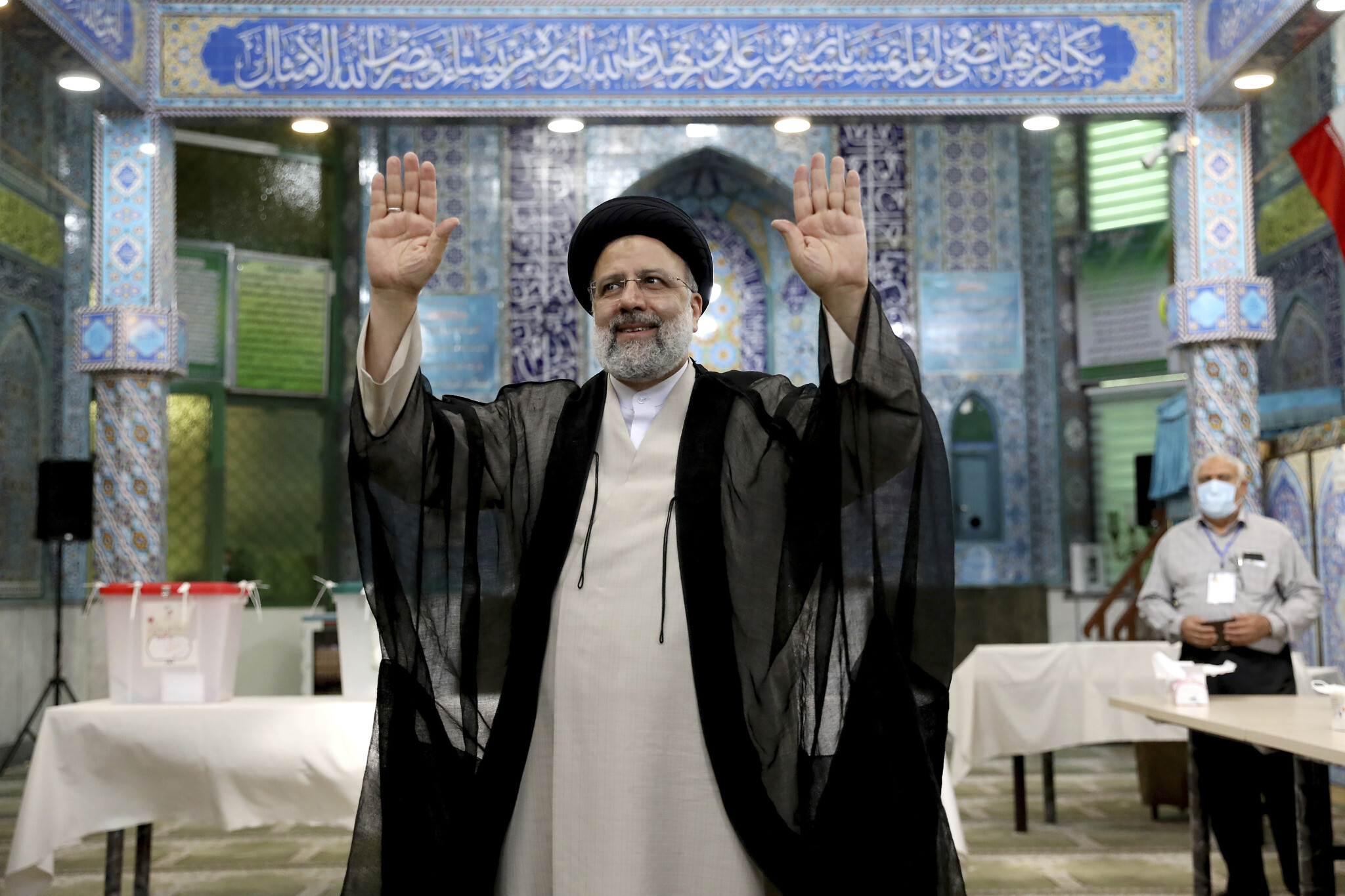 Iran’s new ultraconservative President Ibrahim Raisi takes power on Thursday with the country facing an economy battered by US sanctions, a grinding health crisis and thorny negotiations on the 2015 nuclear deal.

Raisi, 60, will have his work cut out for him on several fronts. Iran has been grappling with a deep economic and social crisis following former US president Donald Trump’s decision to unilaterally withdraw the United States from the 2015 nuclear deal in 2018 and reimpose crushing sanctions.

US sanctions have choked Iran and its vital oil exports, and the economy contracted by more than six percent in both 2018 and 2019.

Raisi’s government would seek to lift “oppressive” sanctions, but would “not tie the nation’s standard of living to the will of foreigners”, the new president said in his inauguration speech on Tuesday.

Iran is also battling the Middle East’s deadliest outbreak of the Covid-19 pandemic, with more than four million cases and upwards of 92,000 deaths.

Ecological issues are also posing a challenge with demonstrators taking to the streets in the country’s oil-rich Khuzestan province last month to protest against water problems.

But one of his most crucial tests will be regaining the Iranian people’s trust. Raisi said Tuesday that the erosion of people’s trust “has caused the most problems”.

Iran’s isolation and economic pain, as well as the bloody repression of two waves of protests, in the winter of 2017-2018 and in November 2019, have left their mark.

Iranians were also dismayed by the January 2020 downing of a Ukrainian airliner by Iran’s military amid high tensions with the United States.

Raisi is a close ally of Iran’s supreme leader, Ayatollah Ali Khamenei, whose confidence he has gained over the years by holding key positions of power.

Although he wears a turban, Raisa is not an ayatollah, he is a Hujjat al-Islam, a lower rank of the Shiite clergy. He is also a sayyid – a descendant of the Prophet Mohammed in Shi’a Islam. This entitles him to wear the black turban, a popular distinction among the pious electorate.

Like the supreme leader, Raisi comes from the holy city of Mashhad, in northeast Iran. It was no coincidence that, in 2016, Khamenei appointed him to head the powerful religious foundation Astan Quds Razavi. The foundation manages the shrine of Imam Reza – the Prophet’s eighth successor according to the Duodecimal Shiites – and is located in the same city of Mashhad.

This major Shiite pilgrimage site attracts billions of euros in donations, funds which the Astan Quds Razavi organisation controls. The foundation, which functions as both a charity and a holding company, owns a multitude of real estate properties, farmland and businesses in fields as diverse as construction, tourism, agriculture and food. To head this foundation is to run an economic empire. Raisi did this for three years, before being summoned by Khamenei to pursue a different role.

In March 2019, he was appointed head of the Iranian Judicial Authority. This was another influential appointment for Raisi, who was entrusted by Khamenei with the task of aggressively fighting “corruption”.

Khamenei’s loyal soldier, Raisi has multiplied the number of widely publicised corruption trials since he took office. He has targeted state dignitaries and also, in a new development, judges.

These trials have enabled him to oust some major political opponents, such as his predecessor at the head of the judiciary, Sadeq Larijani, whose close adviser was involved in one of these corruption scandals. Larijani is also the brother of Ali Larijani, whose own candidacy for the presidential elections was banned by the Guardian Council, probably as a result of this family affair.

Raisi made the fight against corruption one of his central campaign slogans, presenting himself as “the opponent of corruption, inefficiency and aristocracy” and promised to fight relentlessly against poverty if elected.

On the question of the liberation of morals, Raisi has the support of the hardliners. His father-in-law is none other than Ayatollah Ahmad Alamolhoda, the supreme leader’s representative in the northeastern province of Khorasan.

Known for his austerity, the cleric had distinguished himself in 2016 by banning Iranian musical concerts in the city of Mashhad, placed under his religious authority. They had been booming after they were authorised in other major cities of a modernised Iran, but Alamolhoda was determined not to let them take place in his city.

“We should know that we live in the city where Imam Reza is buried. It is not possible to hold concerts in the city of Imam Reza, and we shouldn’t argue with people and some narrow-minded officials regarding this. If you want a concert, go live somewhere else,” he said.

Among human rights organisations and especially among the Iranian diaspora, the name Raisi, which harks back to the darkest hours of the Islamic Republic, causes much anxiety.

The ultra-conservative, who was in charge of the judiciary for more than two decades, including as deputy prosecutor of the Tehran revolutionary court at the end of the 1980s, participated as a judge in a series of political trials in 1988. By the end of these, hundreds of imprisoned opponents had been executed. This is a judicial past that Raisa’s critics still reproach him for today, but which gives him even more legitimacy in the eyes of Iran’s powerful conservative population.

Potential successor to the supreme leader

Raisa is even being considered as a likely successor to the supreme leader. He was recently elected vice-president of the Assembly of Experts, the body responsible for proposing a new supreme leader in the event of the death of Khamenei.

It’s worth remembering that Khamenei was himself President of Iran when he was called to occupy the post of supreme leader in 1989, after the death of Ayatollah Khomeini.

Given Khamenei’s age – he’s 82 – and questions about his health, there are very real suggestions that Raisi could indeed be his successor. The presidency could be Raisi’s springboard to the position of supreme leader.