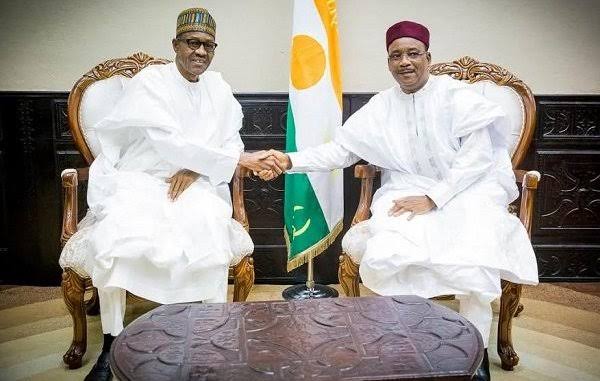 President Muhammadu Buhari has described Niger Republic as “one of Nigeria’s best friends in Africa”, stressing that the people of the French speaking country share cultural affinity with Nigerians.

The Nigerian President as stating this while felicitating with the President of Niger Republic, Mohammed Bazoum, on the country’s Independence Day being observed on August 3, 2021.

Recall that Buhari had while responding to criticisms of his administration’s decision to construct a multi-billion naira rail project into Niger Republic, said, “I have first cousins in Niger. There are Kanuris, there are Hausas, there are Fulanis in Niger Republic”.

And in a press statement issued on Tuesday by his Senior Special Assistant on Media & Publicity, Garba Shehu, the President pointed out that Niger Republic “has always demonstrated tremendous goodwill towards Nigeria.”

He noted that, “despite the artificial division of Africa, “the colonial identity of the people of Niger Republic has never affected the spirit of mutual respect and brotherliness with their Nigerian neighbours.”

Buhari described Bazoum as “a great Africanist who has demonstrated statesmanship since his election in April this year.”

The Nigerian leader told Bazoum: “As you celebrate your independence today, I send hearty best wishes on behalf of the government and the people of Nigeria.”